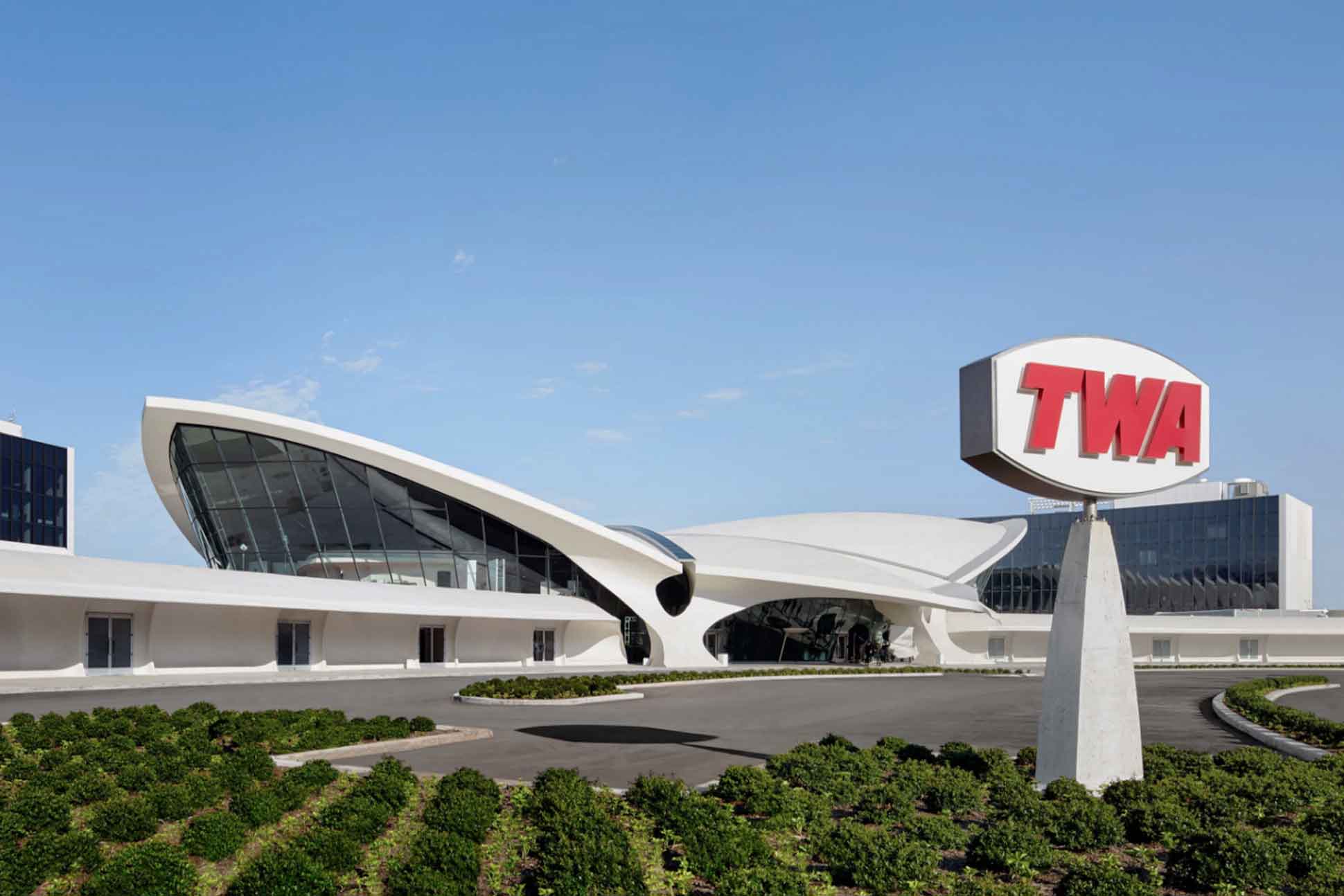 TWA Hotel:
Touch down at JFK

Catch it if you can – the retro glamour of flying has officially landed at New York City’s JFK airport with the TWA Hotel. The futurist Trans World Flight Centre terminal has stood long-empty, having been abandoned in 2001, in time-capsule like fashion, with much of its wonderful 1960s features intact. But in 2019, 25 years after it was designated a historic landmark, it has reopened as a 512-guest-room property (the only hotel actually on JFK grounds); sympathetic to Saarinen’s award-winning design and featuring designer furniture by Knoll, the studio where he coined the era’s iconic ‘American Modern’ movement. There are also lashings of Hollywood glamour with some of the hotel’s suites promising views of the runway.