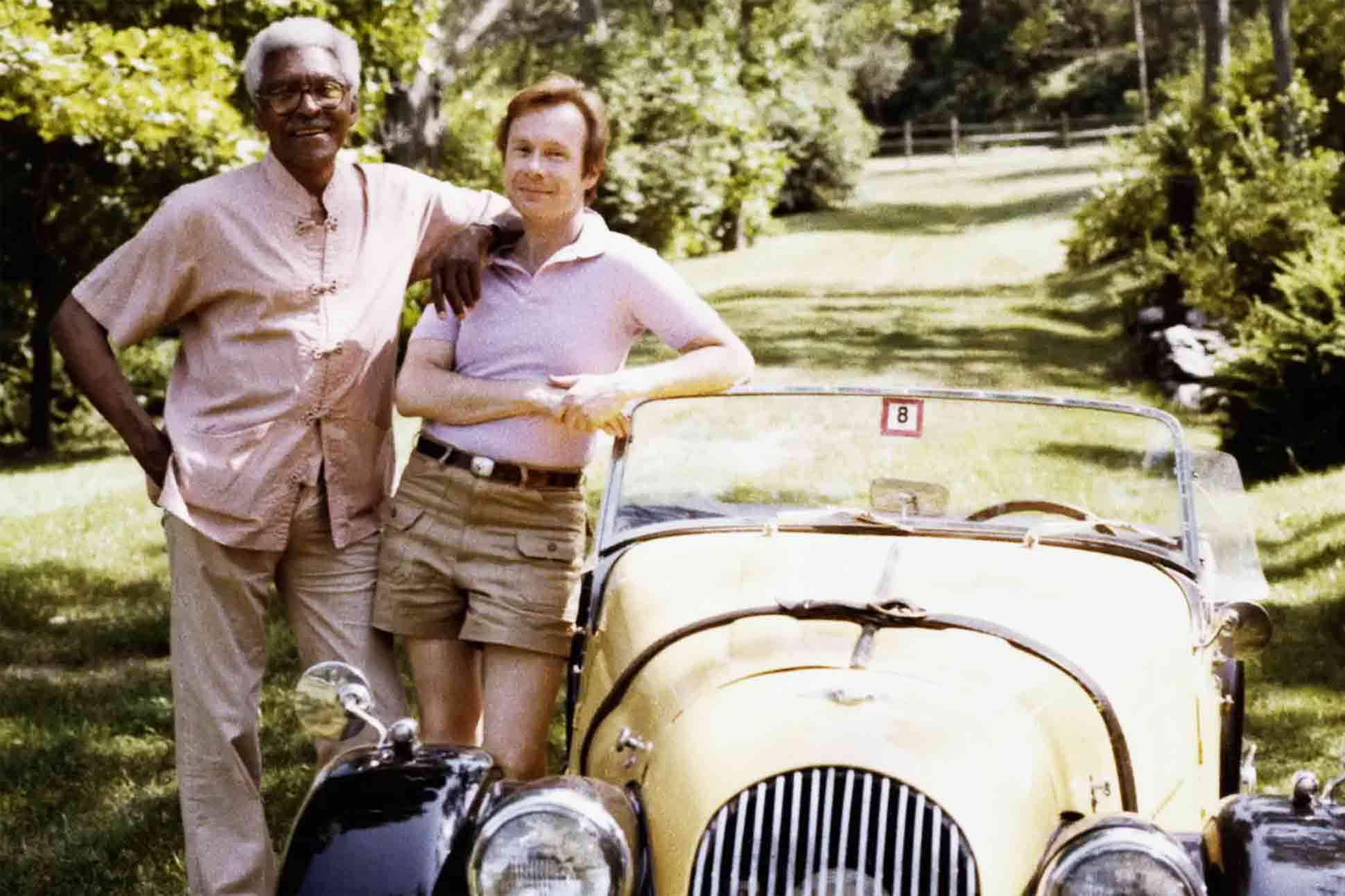 Ever loved someone so much, you adopted them? That’s what American civil rights leader Bayard Rustin had to do to ensure protections for his life partner, Walter Naegle in the days long before marriage equality. It’s a fabulous story of love (and legalities), set in one our favourite places in the world, New York City.

We’ve come rather far as a community, and even if the USA dragged its heels to enact marriage equality federally, it has been five years since it did. It’s almost difficult to even fathom how life for LGBTQ+ couples was like before, but the love story of one fierce and enduring couple – champions of civil rights – will go some way to do so.

Bayard Rustin, was one of Martin Luther King’s Jr’s key advisors, a leader in social movements for civil rights, non-violence and LGBTQ+ rights, he was famous for organising the 1963 March on Washington. It led him to be posthumously awarded the Presidential Medal of Freedom in 2013.

It was love-at-first-sight for Bayard Rustin and Walter Naegle when they stood next to each other at a pedestrian-crossing on the corner of 42nd Street and 7th Avenue in 1977 – an iconic NYC address – the very heart of Time Square and also the gateway to the New York City gaybourhood of Hells Kitchen.

Despite their age difference, there was instant chemistry, their relationship catalysed by a deep love of each other and a mutual belief in human rights and politics. Let us get one thing straight, we’re not judging their intergenerational relationship by defining their age gap, we mention it purely because it sets up their genius step, that helped a generation of LGBTQ+ couples get closer to accessing the legal protections only given to heterosexual, married couples at the time.

Rustin, concerned about protecting Naegle’s rights as he aged, at a time where marriage between a same-gender couple was inconceivable, cooked up a plan. Five years into their relationship, Bayard Rustin legally adopted Naegle through an administrative loophole; going through the rigmarole of the adoption process, under deep scrutiny. Adoption afforded them some crucial legal rights – from being allowed hospital visitation, to decision-making, to inheritance.

We’re heartened by this story of love, that by the couple’s own admission, would only have been possible in New York City. It was ten years after Stonewall; and while the events of 1969 defined the era for the community, there were still significant inequalities, even for the most ardent of political crusaders. The adoption process required much legal work, including a testimony from a state-elected social worker that this wasn’t a deliberate misinterpretation of the law. But in LGBTQ-celebrating NYC, the social worker who took on the case, despite clearly knowing what was happening, made a positive recommendation after just one interview.

We’ve stood on the corner of 42nd Street and 7th Avenue countless times. More so, we’ve stumbled back across it to our hotel after a night out in Hells Kitchen … more times than we care to remember. We’ve even taken detours just to see the big, bright lights of Time Square – it never gets old.

Stories like these make you realise just how much LGBTQ+ history lies right just under your feet in NYC. The city boasts so many landmarks that are important to the community, offering a little glimpse into the lives of the New Yorkers who helped mold the city’s queer life. Beyond the must-sees, there are many little corners and points of interests that don’t underline LGBTQ+ identity, but are made possible by the contributions of its queer people.

We’ll always remember our first time standing where Rustin and Naeger first met, arriving from the airport after midnight, drawn by the bright lights so familiar, because we’d seen them a million times, albeit not in person; walking up hand-in-hand without care, revelling in the city’s free spirit.

Despite the hustle and bustle, there is a magical, romantic charm about the place. Plus there are thousands of restaurants, coffee shops and cafes to choose from for your NYC date; or perhaps a show, as you’re on the cusp of the jazz-hands of Broadway, where theatre comes alive. It can even be the longest date ever, as this part of town stays alive way into the early hours of the morning. After all, they do call NYC the city that never sleeps. Take it from us, we don’t get much whenever we’re there.