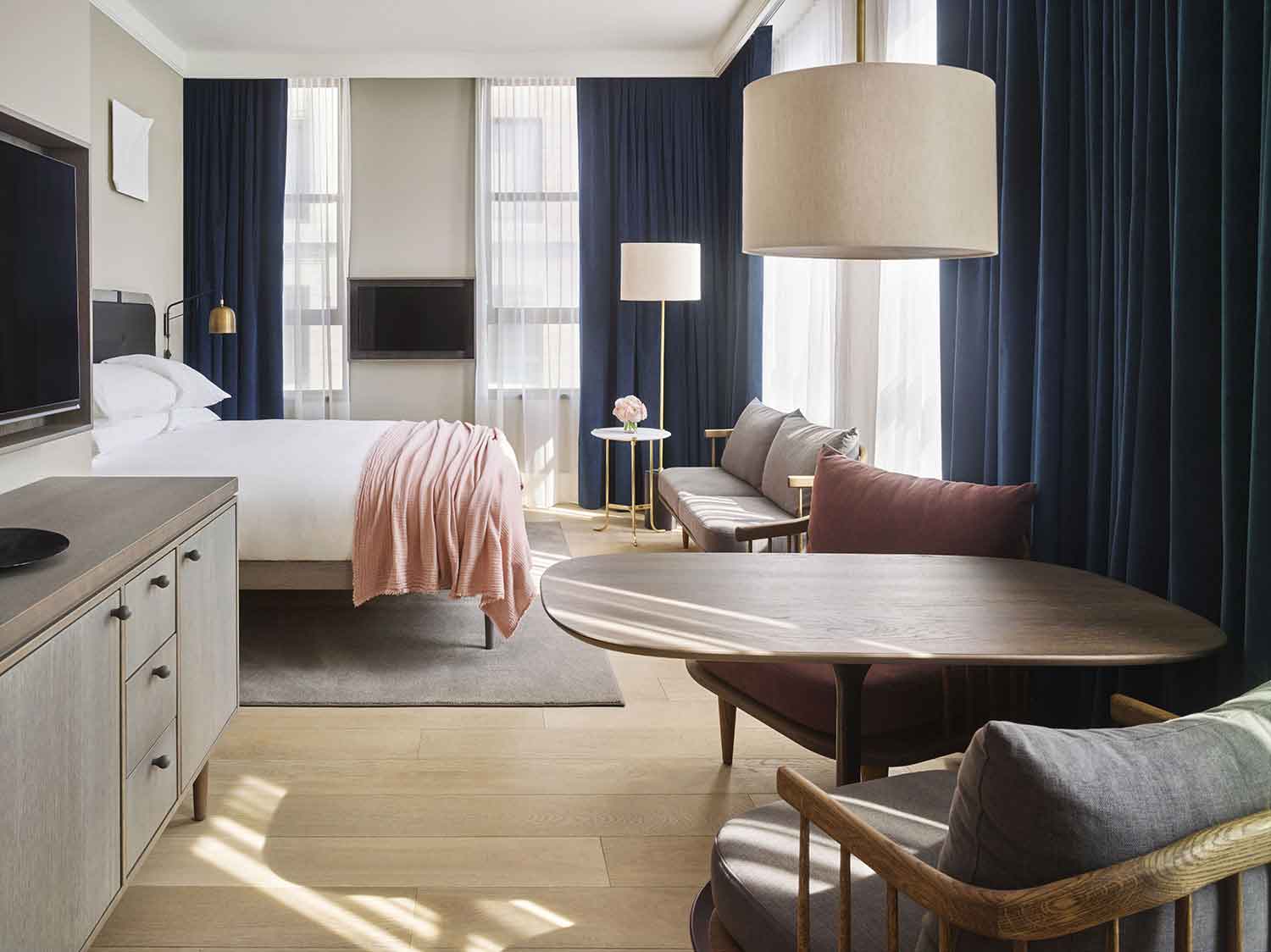 If there is such a thing as heaven for experiential travellers in Manhattan, hanging out in the vicinity of Howard Street in NYC’s Chinatown, would be it. Where else can you be tasting delicate dim-sum at one moment, then browsing chic concept stores just next door?

The 11 Howard, part of the Design Hotels family, occupies a former post office building, and adds a Scandinavian flavour to the melting-pot. Fully aware of where it is, the first thing we noted on arriving is a giant, 150ft mural to surmise the area, painted by student artists mentored by Jeff Koons.

Inside is a shrine to minimalism, a far cry from the chaos outside. A fusion of Danish design prowess and New York attitude awaited us at this distinctively hipster hotel, in both looks and service – take that how you will. There was no reception desk, the bell-person doubled up as guest relations staff and the entire check-in is done on an iPad hidden in a secret drawer. Electric powered skateboards are available for hire, should we need.

The minimalist theme continued in our room in rather simplistic (not to mention small) lodgings that looked out on nothingness; disappointing considering the luxury price tag. The raggedy pink, ‘cashmere-if-you-can’ blanket, a common design feature across the hotel’s 221 rooms was more suited to a rural cabin, rather than a chic urban hotel. If you’re someone that wants to be lavished on when on holiday, then perhaps 11 Howard is not for you. But if you do appreciate Scandi-chic and an authentic New York location, then you’ll feel right at home.

Perhaps the aesthetic frugality is part of an image that the hotel is trying to portray as a socially conscious, community minded, 21st century, pay-it-forward brand. It is, after all, involved in a number of very interesting non-profit projects, that’ll make you feel good as you enjoy your designer Manhattan city-break.