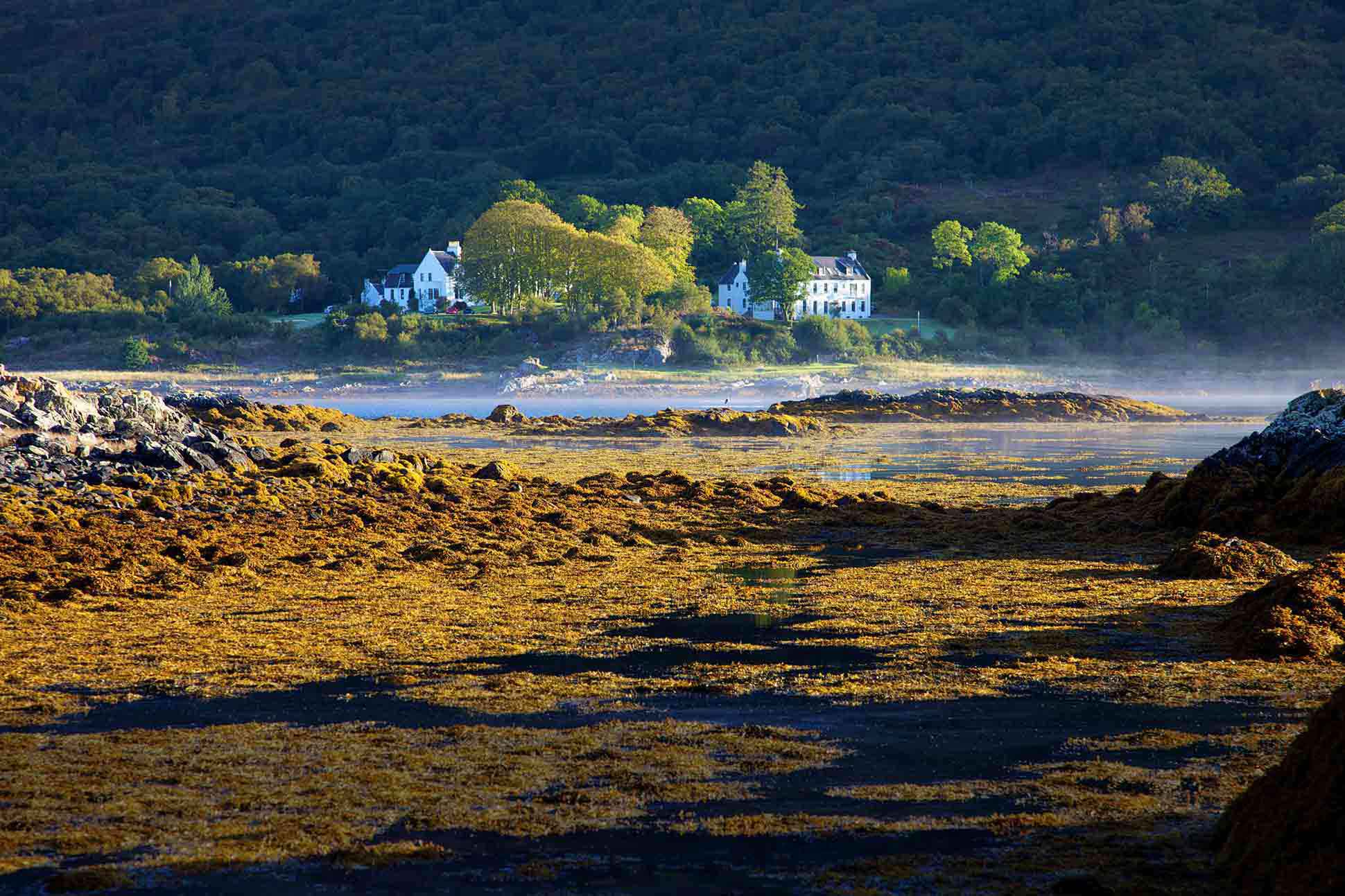 The Isle of Skye has rapidly become one of the UK’s top tourist spots, with accommodation and restaurants to fit any budget. But there is clearly one jewel in the crown. We mentioned to a number of locals that we were staying at Kinloch Lodge, nestled at the foot of Kinloch Hill by Loch Na Dal, and the reaction was always the same: instant recognition, a subtle nod and a hushed “very nice.”

The hotel’s status as the best on the island is not merely a case of big fish and small pond. For one thing, the restaurant has a Michelin star, which is a serious thing on an island of just 10,000 people. To put it into perspective, the cities of Liverpool and Manchester have just one Michelin star between them.

The food is a spectacular fusion of French and South American, and you’ll want to take your time to savour the splendid seven-course tasting menu. The bar is cozy and welcoming. A crackling fire, fine array of whiskys and leatherbound volumes of Austen and Tolstoy all conspire to make you feel like an erudite man of letters. We highly recommend adding Kinloch Lodge to your bucket list, and checking it off as soon as physically possible.