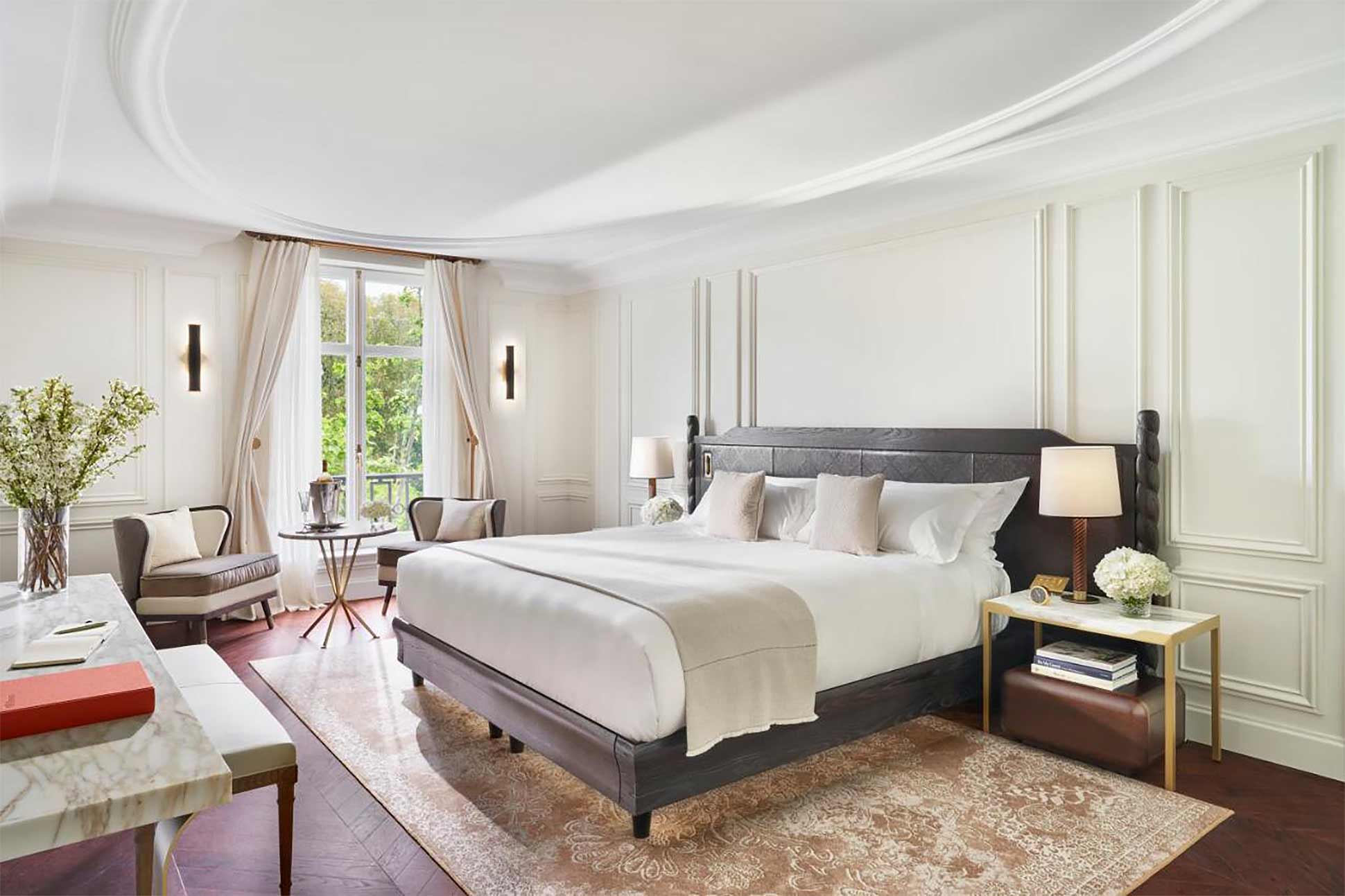 What a difference a few years make: the Mandarin Oriental Ritz has easily become one of Madrid’s most talked-about and all-over fabulous places to stay since the luxury hospitality group took over the property a few years ago. With its impossible-to-beat location and enviable dining outlets, this five-star hotel is sure to impress even the most discerning of guests.

When we first visited this property in 2016, the grand hotel in the Belle Époque style was sadly not growing old gracefully. She looked tired and had suffered a number of unfortunate architectural and design modifications which led to the general sense of her being past her prime.

At the time, the Mandarin Oriental Hotel Group had only just taken possession of the property and hadn’t had a chance to make any kind of meaningful impression on it. Yet the enforced closure due to the pandemic gave them the opportunity they needed to completely transform the hotel in every way, bringing her back to life in spectacular fashion and securing her place once again as one of Europe’s best destination hotels.

Originally designed by Ritz architect Charles Mewès, the address incidentally was his third and final Ritz Hotel. Over the course of the next century, the building went through a number of architectural changes, like the addition of a revolving door, and most notably, the covering up of its crystal ceiling. This gave the hotel lobby a rather dark and dingy feel. In 2018, work was finally begun to tackle the refurbishing of this Grande Dame and navigate the considerable task of working around the many listed architectural features. The result is an almost unrecognisable transformation, so much so that we had a double-take when we stepped inside the doors. The restrictive revolving doors have been replaced with four-meter high floor-to-ceiling glass doors which allow daylight into the building. Dark carpets have been replaced by marble and dark walls and ceiling are now a bright white which allows light to bounce around the space. Hanging from the ceiling is a delicate installation of gold and silver leaves.

A new glass ceiling floods the whole ground floor with light beneath and the addition of a second entrance that faces the Prado Museum just yards away gives the whole area a sense of purpose. The space beneath the glass ceiling homes the Palm Court where guests enjoy breakfast and anyone can come and partake in afternoon tea designed, developed and overseen by Michelin-starred chef Quique Dacosta. To one end is the exquisite and intimate champagne bar where up to eight guests can experience a curated champagne and dining experience, and to the other end lies Deessa, the new home to the above-mentioned Dacosta. Beyond that, you’ll find the al fresco El Jardin del Ritz which, weather-permitting, serves a tapas-style menu throughout the year.

The hotel’s relationship with the Prado is now a pivotal feature in the design of the property. Artists from around the world have been commissioned to create permanent site-specific pieces, some of which directly reference the museum’s notable collection. For example, the portrait photographer Paula Anta was commissioned to take portraits of some of Madrid’s most notable names from the city’s vibrant arts scene. Anta’s goal was to create a collection with strong visual references to portraiture as painted by the Prado masters, but she intentionally tried to rebalance the gender bias of the times.

The exquisite cocktail bar Pictura also houses a dramatic golden ice cube, whilst the corners of the Palm Court house multifaceted mirror sculptures by Carlos Garcia, a reference to Velázquez’ use of mirrors in his paintings. The mirror planes in the sculptures are positioned in such a way that it is impossible for the viewer to see themselves in them when they are standing directly in front of them.

There’s something of a film set quality to the pool area in the subterranean spa, which we were told is designed to remind one of the fact that despite this being a basement, you are still in a palace, with a regal four-poster lounge chair perched on the side of the pool. The entire wall is covered in marble which reaches from the ceiling into the water. The same design is seen in the bathrooms in a successful attempt to relate the two to one another. The Mandarin Oriental Ritz offers one of the largest and airiest gyms we’ve seen in a historic hotel. And the ceiling has tiny lights which echo the constellations in the sky above Madrid.

The staff members are clearly glad to be working at such a lovingly-restored establishment. We picked up on an unmistakable sense of pride in the way in which they operate, with service being impeccable and friendly throughout our stay. We were also happy to see that there was a good amount of diversity in the make-up of the staff, something which is sorely and sadly still missing in much of the luxury sector, particularly in ‘old world’ European hotels.