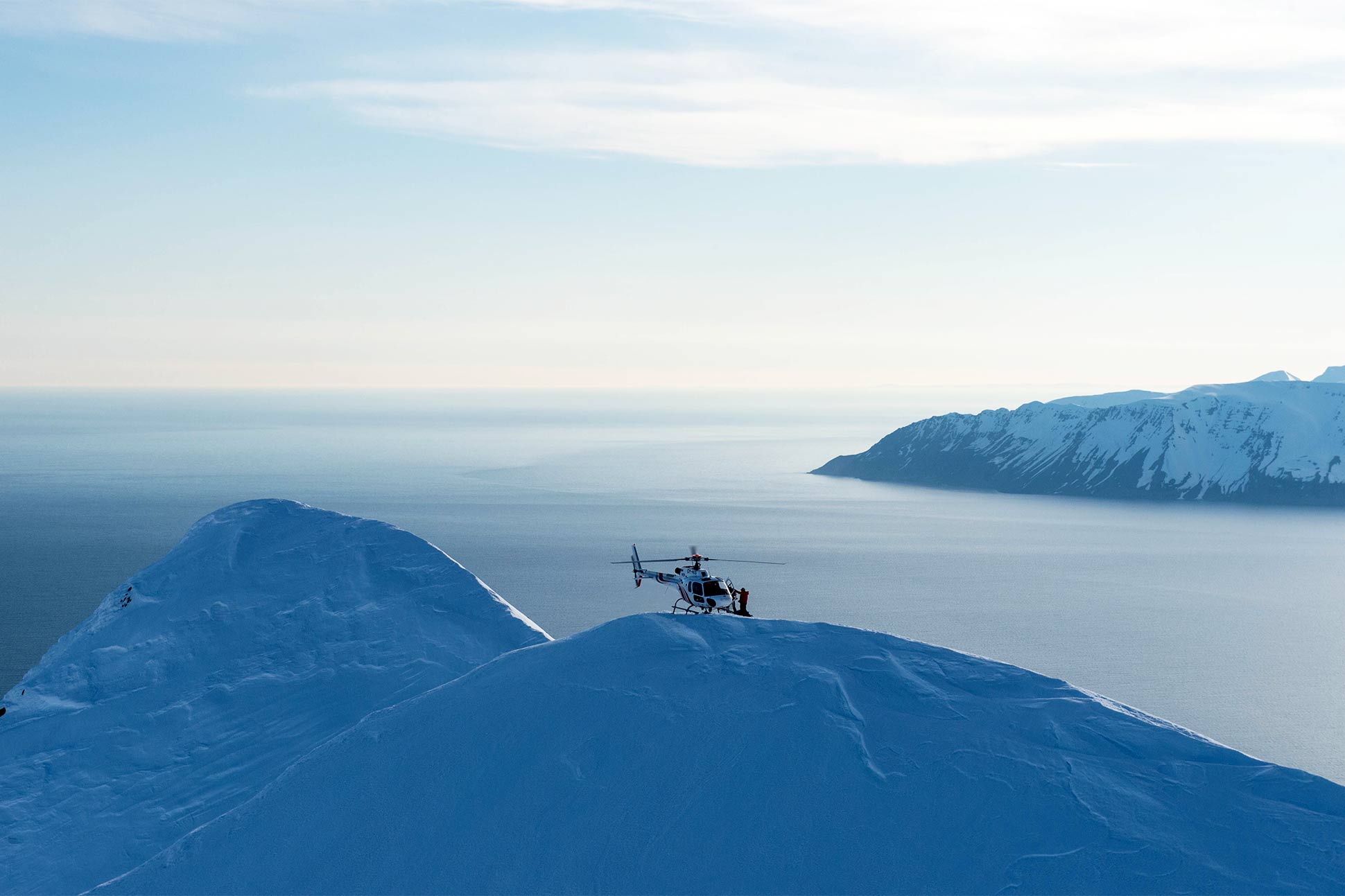 There’s no such thing as a boring day on skis if you ask us, but the adventure artisans at Pelorus are going above and beyond – hills, mountains and valleys, that is – to wow even the most seasoned winter sports aficionados with the rarest and most remote pistes. Boasting an exclusive catalogue of skiing destinations that range from Iceland’s Tröllaskagi peninsula to the Indian Himalayas, Pelorus is set to cut a fine figure on the slopes this season.

If ever you’ve managed to get out onto the pistes before others even got out of bed, you’ll know the immense joy that comes with leaving the day’s first tracks in the snow. That’s not least because it’s easier said than done: while we love sophisticated St Moritz and classy Courchevel, traditional winter sports destinations can, on occasion, feel just a tad crowded. And interest in lesser-known slopes has arguably never been bigger, with the events of the past two years leaving luxury travellers longing for the kind of privacy and seclusion hard to find in Aspen or the Alps. So where is one to go in search of a virgin, white wonderland with zero signs of civilisation? According to Pelorus, anywhere between Canada’s remote Baffin Island or Norway’s Arctic Circle regions would do just fine.

Up in Norway, ski devotees can look forward to off-pisting down the Lyngen Alps, taking in undisturbed views all the way from snow-capped summits down to the icy fjords of the country’s northernmost territory, Troms og Finnmark. It’s not the only pretty sight on the trip, either, as travellers are likely to spot the aurora borealis at night, or majestic whales from aboard the KINFISH expedition yacht during the day. Speaking of which, the 37-metre vessel accommodating up to twelve explorers isn’t merely the most deluxe way to navigate this part of the country, it’s also the only way to access Norway’s most remote and rewarding pistes (good luck finding a road that leads up here!).

Those who shudder at the mention of Arctic temperatures could instead opt for a ski trip to Iceland, which sits just south of Arctic Circle, boasting near-untouched, ancient landscapes ideal for a far-flung winter sports getaway. Pelorus gives travellers the chance to tap into the territories of Iceland’s sparsely populated Tröllaskagi peninsula, which is blessed with some of the highest snowfall anywhere on the planet, on a once-in-a-lifetime heli-skiing journey that also comprises excursions to explore the mystic Eyjafjordur fjord – much to the delight of those looking to swap ski boots for walking boots every now and then. But Iceland wouldn’t be Iceland without geothermic pools, and so to defrost after a long day on the slopes, visitors will no doubt want to dip a toe (or two, or three…) into the naturally hot pools at Deplar Farm, the totally out-of-the-way and experiential heli-skiing retreat Pelorus travellers will have exclusive use of – yes, we rubbed our eyes at that, too.

There are other journeys on offer, as well: from night-skiing down British Columbia’s Mount Mackenzie in a bespoke, LED-studded ski suit, with an experienced mountain guide and your very own, dedicated videographer in tow, to an adventurous blend between winter sports and wildlife watching in the Western Himalayas, and our favourite; a magical journey to Nunavut’s Baffin Island. It’s here travellers will find perhaps the most culturally rewarding ski trip anywhere, with Pelorus using its far-reaching connections to offer a unique glimpse into the local Inuit culture. The experience will comprise a drum dancing and throat singing performance, as well as a traditional dog sledding ride – needless to say, wide-angle lens cameras are recommended, should you spot elusive caribou, narwhals or even a rare, arctic fox.

It’s easy to recognise the brand’s efforts in helping skiers reach ever-more remote pistes to leave their tracks on, but it’d be foolish to dismiss another component to Pelorus’ ski adventures we find just as enticing. There’s an acknowledgement that high-flying winter sports fans want to go further not just geographically, but also in spirit: giving travellers the chance to combine their ski getaways with immersive and unique experiences is a sure way to up the ante for an adventure on the slopes (and it’s not the first time they’ve pioneered a new type of excursion).

The message is that while others might follow in the ski tracks of their predecessors, retreating to more established destinations, you could be leaving your marks on unchartered territory – be it in the powdery mountains of Niseko, Japan or the Chilean Andes. If like us, you love the piste but need some variety to keep you entertained on a week-long journey, spotting a humpback whale in an Icelandic fjord or gliding through the untouched snow of the Monashee Mountains at night might just do the trick. In any case, it’s sure to add another type of chill to your winter escape.