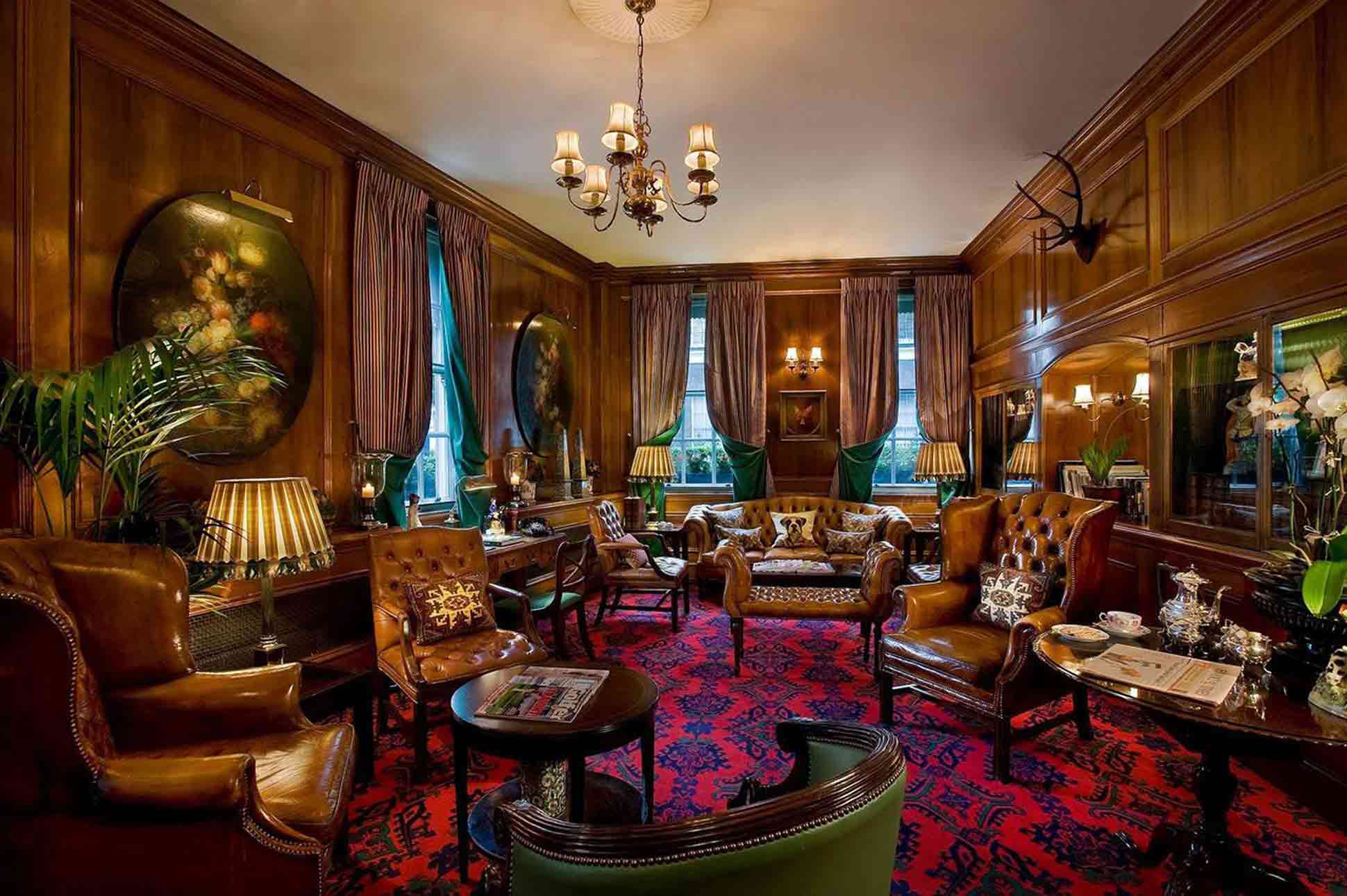 Some may call it aristocratic British charm, others will say that it’s maximalist opulence, but we think the Chesterfield Mayfair satisfies both these descriptions.

The ‘step-back-in-time,’ experiential vibe started from the moment we drove up Charles Street – just steps from the headline-grabbing “be seen” restaurants, members clubs and luxury car showrooms of Berkeley Square. We immediately got a sense of the extravagance of yesteryear from the street’s (and entire neighbourhood for that matter) magnificent Georgian (some older) architecture, studded with blue plaques heralding famous, historical, past residents – our soon to be ‘neighbours’ in this time-travelling escape.

We couldn’t miss the Chesterfield Mayfair’s bright red awnings, that offered a warm welcome to the property – three old Georgian townhouses combined, together – creating this bolthole in the heart of what is arguably London’s most sophisticated district. Don’t let the relatively understated frontage fool you, the hotel opens impressively to a sprawling and ornate space.

Inside, wood panelled walls; elegant, polished monochrome marble floors; lush carpets; heavy drapes; hunting dog-embroidered soft furnishings; wonky chandeliers and museum-worthy antiques greeted us alongside the hotel’s nodding, militarily precise, yet friendly staff. You get the picture! And the old-world opulence continues throughout the hotel – large, oil painted portraits adorned the quirky wallpapered walls; creaky lifts emblazoned with the hotel’s logo (a ‘C’ cloaked in laurel leaves) elevated guests to their suites; and everywhere you turn, more dramatic carpets. Look out for the one with red carnations, set in leopard print … a nod to the hotel’s parent company, Red Carnation Hotels, with their strong links to South Africa and part of the globally known TTC family. This will also explain the staff’s pinholes, and the bouquets of bright red carnations all around the property.

Our large, Chesterfield Suite carried on the theme, with a comfortable four-poster bed, crystal mirrors and corduroy armchairs. The most modern embellishment in the room is a whirlpool bath (and surprisingly, a USB plug point, but we were foolish to think that it would work in this mid-(19th)-century themed suite). The centrepiece however is a gorgeous, large, round Georgian period window that looked out over the roofs of Mayfair. We rather hoped we might be visited by the ghost of the notorious dandy Viscount Petersham, who once lived in the building (you’ll know him if you’re into his ribbons, corsets, cossack trousers and snuff boxes), but no such luck! We didn’t get to meet the Walpoles, Churchills or Chesterfields either, who all – among many other aristocrats – passed through these hallowed halls.

Back downstairs, the time-travelling continued, especially in the hotel’s completely wood-panelled library, an absolute masterpiece of maximalism. We enjoyed breakfast in the hotel’s Butler Restaurant, our favourite table was in the far corner, with French windows overlooking the courtyard of the English Speaking Union. It’s a chameleon of a space, here they also serve their well-known afternoon tea, themed to a Victorian sweet shop (complete with red and white, candy-cane waistcoat and boater hat wearing waiters), and other special, supperclub events. The hotel’s Terrace Bar is an upscale piano bar, that serves up fab drinks from molecular cocktails to gin flights. We chose to sup some great wines from Red Carnation’s vineyard, Bouchard Finlayson, in South Africa. The Pinot Noir was a particular favourite.

We appreciate that all this kind of ‘heritage’ may not be for everyone – both aesthetically and perhaps because of what may be perceived as unsavoury social history, but if you’re looking for a quintessential Mayfair experience, you’ll definitely get it here. Plus, the delights of modern Mayfair is just a stroll away – shopping at the brand-name palaces of Bond Street, for example; not to mention some of the capital’s most well known places to eat. But for history lovers like us, a wander within a 10 minute radius of the hotel will throw up some treats – from Green Park, to Mount Street Gardens, to other little gems, lesser known. Just ask the concierge team, they’ll point you (literally) in the right direction.