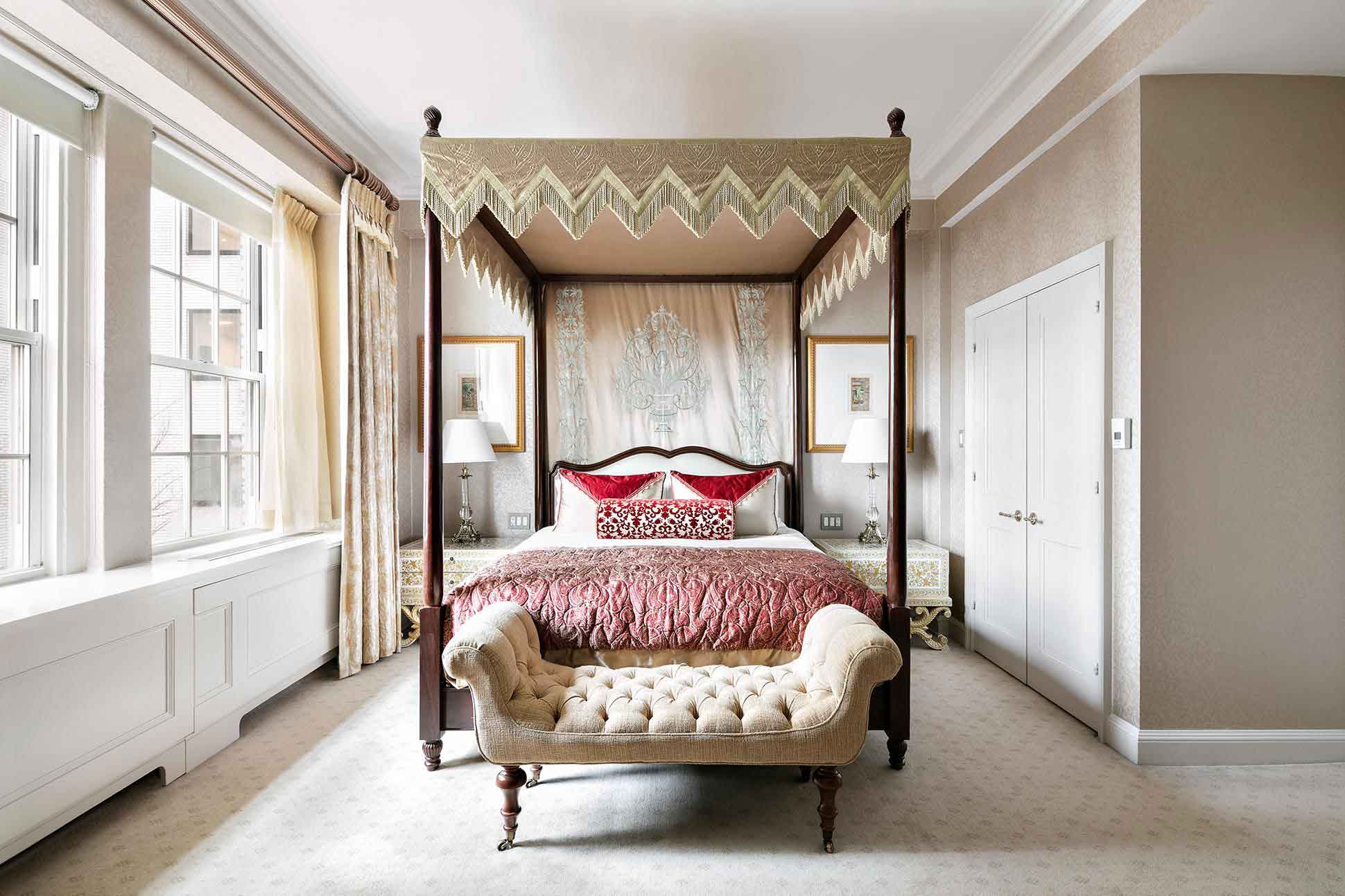 Nothing says old-world Upper East Side eclectism louder than the Pierre – one of the true Fifth Avenue dames. The property’s classic charm remains unchanged, despite renovations in 2007 – each of the elevators features its own attendant to guide you to your room. We became fast friends with ours, who told us she had been here for 29 years. The hotel’s Rotunda restaurant serves afternoon tea and cocktails in a setting that has to be seen to be believed, lovingly reimagined by artist Daniel Romualdez ( has it Jackie O may be looking down on you enviously). The property’s bar is perfectly adequate for a pre-Broadway drink. Dining in the hotel’s Perrine restaurant is a more modern affair, attracting a wealthy Upper East Side crowd. Just enough of the classic Pierre style has been retained, such as the cute vintage style of the menu design, and executive chef Ashfer Biju offers up classic dishes from the hotel’s original fare. The decor of our room was elegant and grand, in keeping with the DNA of the property, although 10 years into its renovation, it could do with a refresh. However, what may be missing in modernity is made up for in quality – our sheets were some of the silkiest we’ve ever slept in. If you’re craving some contemporary (okay, mid-century modern) stylings, check-into a Grand Suite that comes with terrace views over one of Manhattan’s chicest .