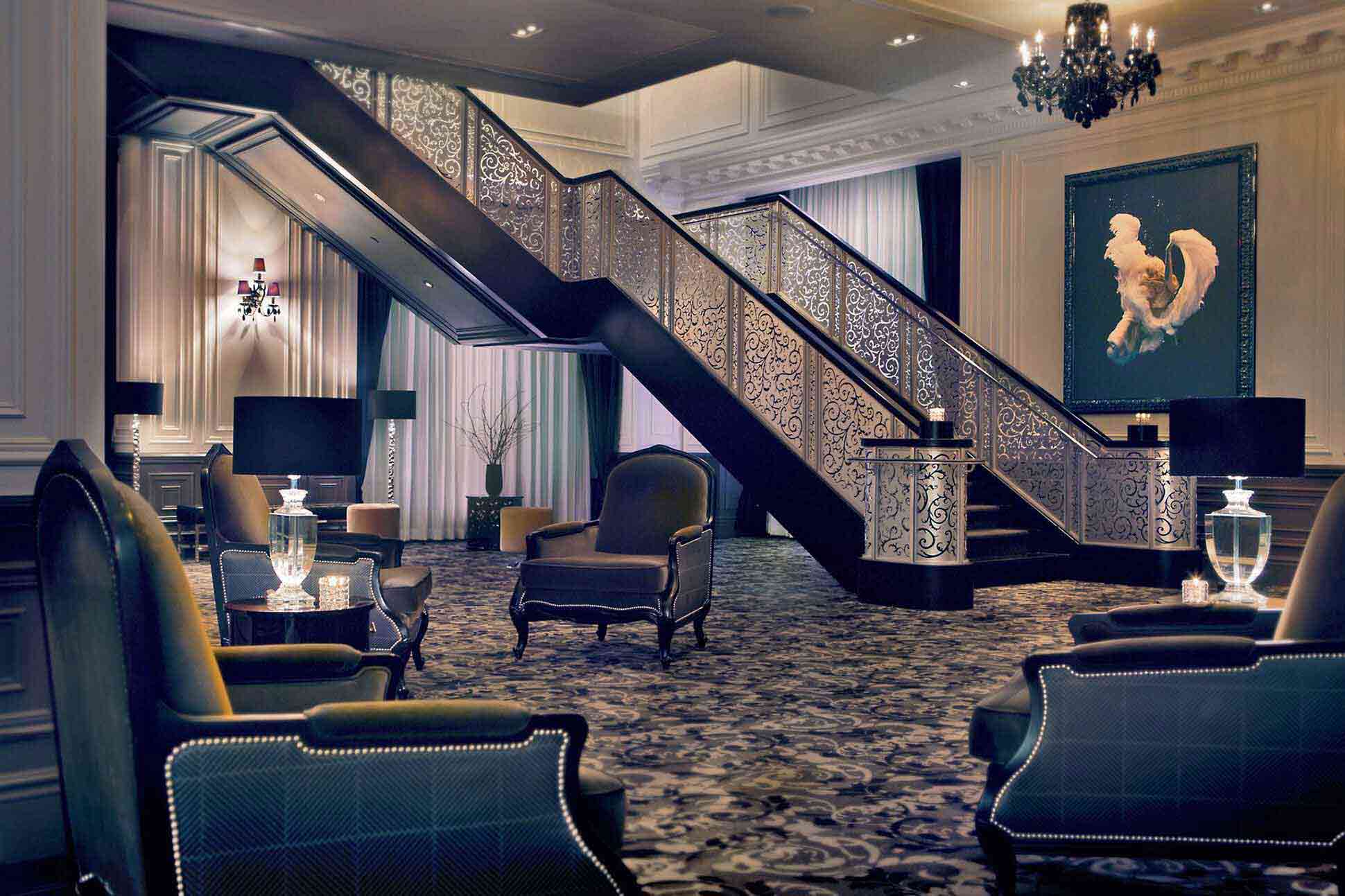 Do you remember hearing news of the Toronto hotel owners who quickly pulled down the Trump signage from their 65-storey tower and rapidly rebranded their new acquisition when its namesake became POTUS? Well, the Adelaide hotel is its new guise. At the time of our stay, we were further informed that its current name is just a stop-gap, as there is a master plan underway to turn the property into a St. Regis. We had arrived bang-smack in the middle of its renovation, although whatever work was going on was extremely well hidden. it’s refreshing to know that even Trump isn’t immune to Marriott international’s own appetite for world domination.

Despite its inauspicious beginnings, the footprint of the ‘new’ Adelaide and soon-to-be St. Regis provides a great starting point for luxury. signs of high attention to detail – both in its physical opulence and high standard of service – are evident throughout the hotel. The refurbed areas are tastefully rich, almost Far eastern in flavour (although they must have disposed of the signature golden showers as there wasn’t one in sight). St. Regis’s extravagant approach to hospitality has already started creeping in. This makes the property perfect for urban- honeymooning – with butler service, and afternoon tea complete with champagne sabering being part of the hotel’s DNA. our check-in was reassuringly seamless and our suite – one that had already been completed to St. Regis standard – was well appointed throughout – although some elements were clearly geared more to the business traveller than those in town for leisure.

The 32nd- floor fitness centre was huge and one of the most well-equipped we had ever seen. here we jogged off our indulgences, overlooking the skyscrapers of downtown, before taking a dip in the gorgeous salt-water pool, sauna and jacuzzi. The soon-to-open, 31st- floor restaurant and bar promises striking views of Lake Ontario.

For us, the property personifies Toronto. it’s a place that isn’t afraid of change, that strives to do better and does its very best to be ever welcoming of jet-set travellers, both OutThere and otherwise.