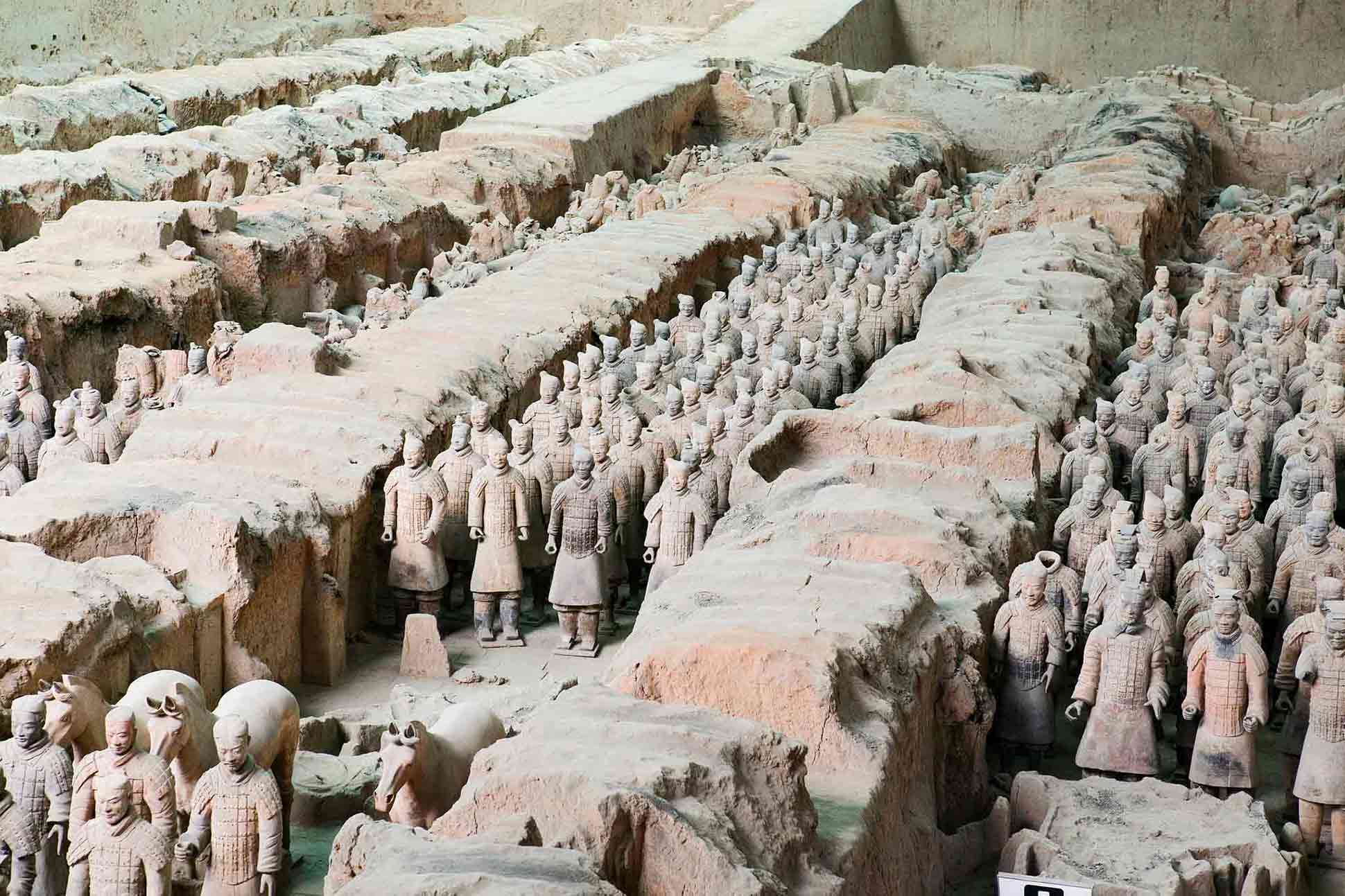 Chang’an, the ancient imperial capital of the Han Dynasty – today Xi’an, a UNESCO World Heritage Site – is awash with LGBTQ+ love stories. Not that you need reasons to want to visit the historical Chinese city, of course, but now you can do so knowing that over two thousand years ago, the Chinese weren’t shy of male-male romance.

Same-gender love was recorded consistently throughout Chinese history. But in the ancient Han Dynasty, it seems that the country’s nobility did so rather publically, with testaments going way back to the 600s BCE. From the peach-loving Mi Zixia and Duke Ling of Wei (a 2,500-year-old Call Me By Your Name); to dramatic stories of kings and male concubines, including that of Emperor Cheng, who was so infatuated by the young Zhang Fang, that his own mother – the Grand Empress Dowager Wang – had to banish his lover, to ensure that he provided the dynasty with an heir.

But the most famous love story of the Hans is that of Emperor Ai, who lived in what historians often say is among the most splendid palaces ever built in the world, the Weiyang Palace. By the time he ascended the throne, the palace was already two centuries old. It was – and if it was still standing today, would still be – the largest palace in all of China, its walls spanning two kilometres. By comparison, the Forbidden City in Beijing would fit inside the Xi’an compound seven times; which demonstrates the power and majesty of the Han dynasty.

Yet, within the palace walls, a very public queer love affair blossomed between Emperor Ai and his courtier Dongxian. The story of tenderness and trust between the two men was best-illustrated by one particular exchange that entered the history books forever.

One afternoon, the Emperor and Dongxian were taking a nap in each other’s arms. When it was time for the Emperor to rise, instead of waking his lover, he cut the sleeve of his imperial robe, so not to disturb him. The acknowledgment of this action of devotion lives right up until today and the phrase “break the sleeve” in Mandarin, is still used to refer to homosexuality in China, over two millennia and a cultural revolution later.

We love this piece of gay history and there’s plenty of it for sure; a tour around the ruins of Weiyang will bring it all to life, although you might not hear it from the guide. The rest of Xi’an is a fascinating place to visit, we all know it for its famous Terracotta Army and other archaeological attractions that need little introduction. And within the old Ming-era city walls, there’s a bustling urbanity with old-world charm, where old and new come together, but yet amidst all this grandeur, we revel in the story of Emperor Ai.

And if you’re planning a trip to the imperial city, consider a stay at the Sofitel Legend People’s Grand Hotel, an old art-deco palace with its own rich history, first established in the 1950s, at the very heart of Xi’an. Its suites provide beautiful views of its landscaped garden (allegedly with trees still standing from the days when the imperial palace still stood). It’s suited to a modern-day emperor; and we can’t think of a more fitting place to take a nap with your own Dongxian, after a long day of exploring.