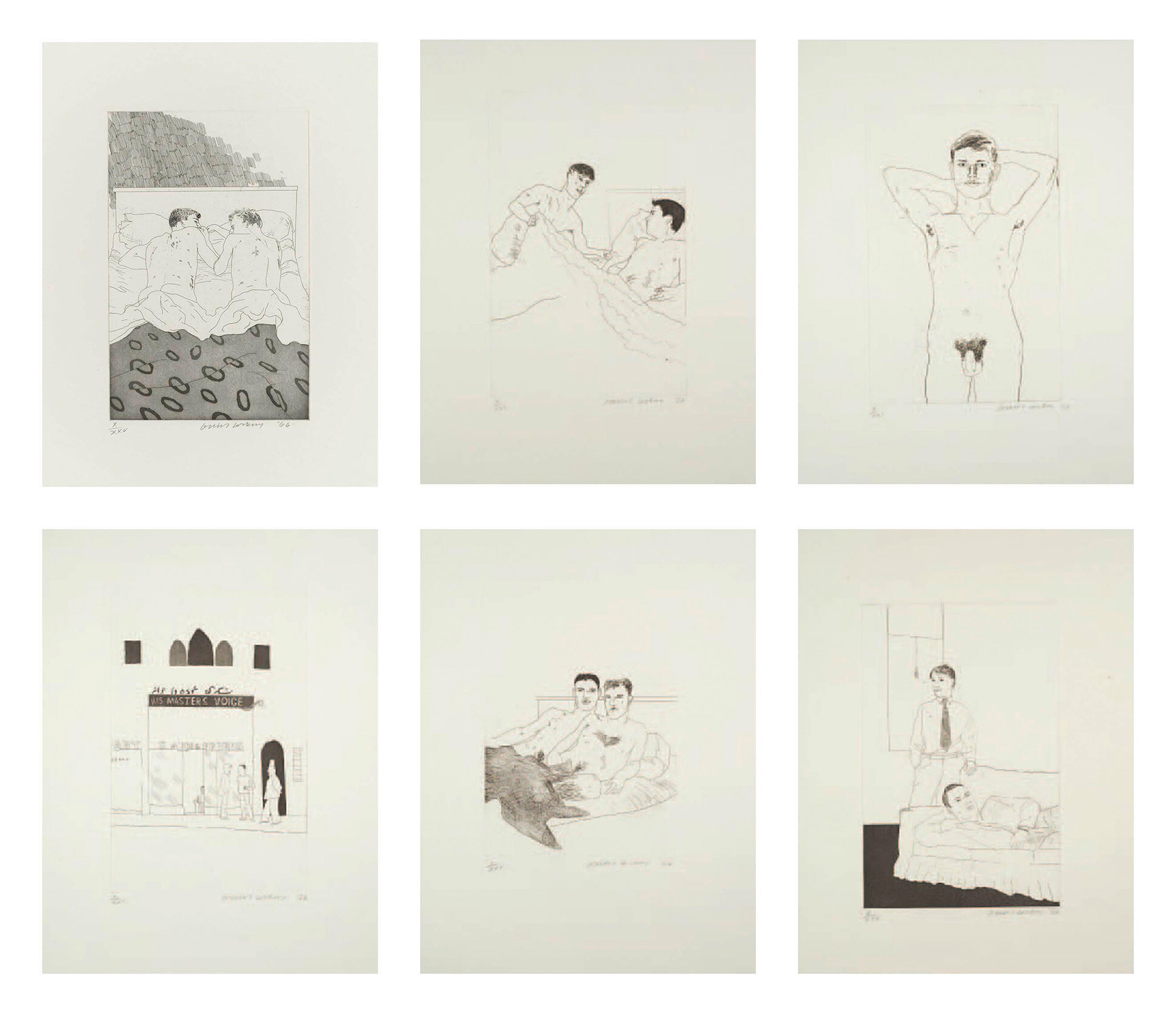 Zebra One Gallery:
A celebration of David Hockney

This time next week it’ll be David Hockney’s 83rd birthday, so how better to celebrate it than checking out a London-based exhibition, featuring some of his work … soon to launch.

Running at the Zebra One Gallery (which, you could say, we’re fans of) from 9th July till 23rd July, it will feature a series of extraordinary etchings of gay lovers – illustrating the sensual poetry by CP Cavafy, among other remarkable works by the artist. The work is part of a series of lithographs that the artist made for Cavafy’s book, Illustrations for Fourteen Poems, featuring his American and British friends and celebrating gay love.

The #Experientialist has learnt that despite Hockney having a string of lovers, his muse for these works was none other than his manager Gregory Evans, whom he had a ten-year relationship with in the Seventies. Evans continues – till this day – to manage the David Hockney Studio, overseeing the artist’s archives.

The Zebra One Gallery has recently reopened having never been closed for any extended period for over four decades, and strict social distancing measures are in place. But for those that can’t get to London, here is a preview of the works…

Photography courtesy of Zebra One Gallery