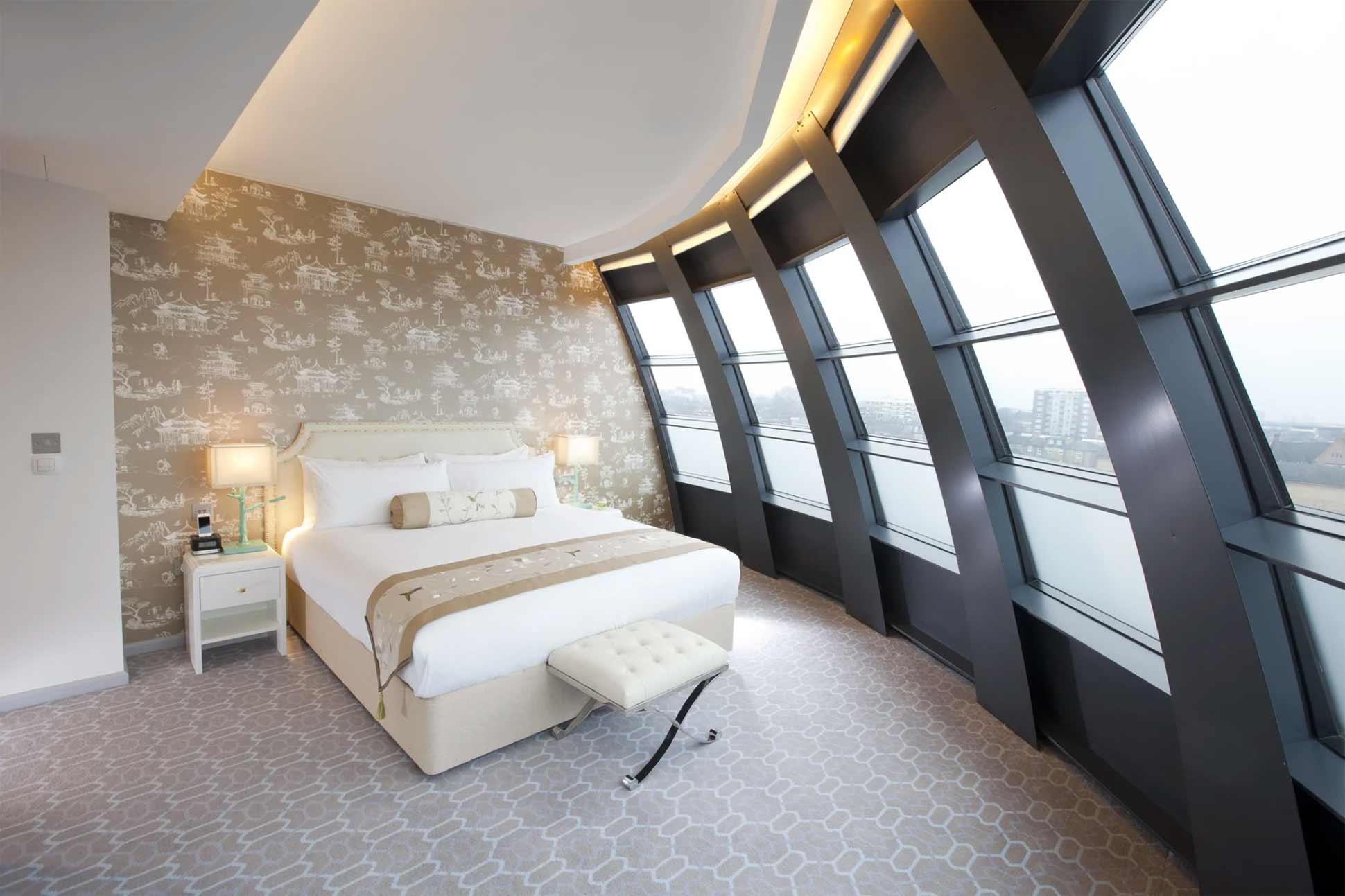 The opulent and imposing Dorsett Shepherd’s Bush stands proud in this hipster, residential, West London neighbourhood, adding a heady dose of Asian mysticism and hospitality to the area and showcasing a new and diverse part of the British capital to its guests.

Shepherd’s Bush isn’t usually synonymous with the jet-set, but this has changed thanks to the arrival of the Dorsett Shepherd’s Bush. The vocally LGBT+ welcoming, Asian hotel group’s first opening in the UK.

The area’s credentials are all there – it’s on the cusp of Holland Park and Notting Hill, plus being close to the airport, not to mention the vast shopping mecca that is Westfield and its specialist, luxury-goods wing – so while it may not be an iconic London location, there’s definitely a plus side to being in this part of town. And with Shepherds Bush being within easy reach of the West End by taxi (or limo) or on London’s red Central Line, the Dorsett Shepherd’s Bush is a solid choice for a London hotel.

Set behind the historic facade of ‘The Shepherd’s Bush Pavillion’, a Grade II listed 1920s cinema, we took tea under the hotel’s landmark glass roof and lounge in Chinese-inspired, contemporary furnishings, a theme that continues throughout into the hotel’s 317 glamourous rooms and suites. Accommodation is also relatively larger than you’d expect for London.

Fans of Chinese cuisine where Eastern flavours are served up with Western ingredients will just love Shikumen, the hotel’s in-house Asian eatery.