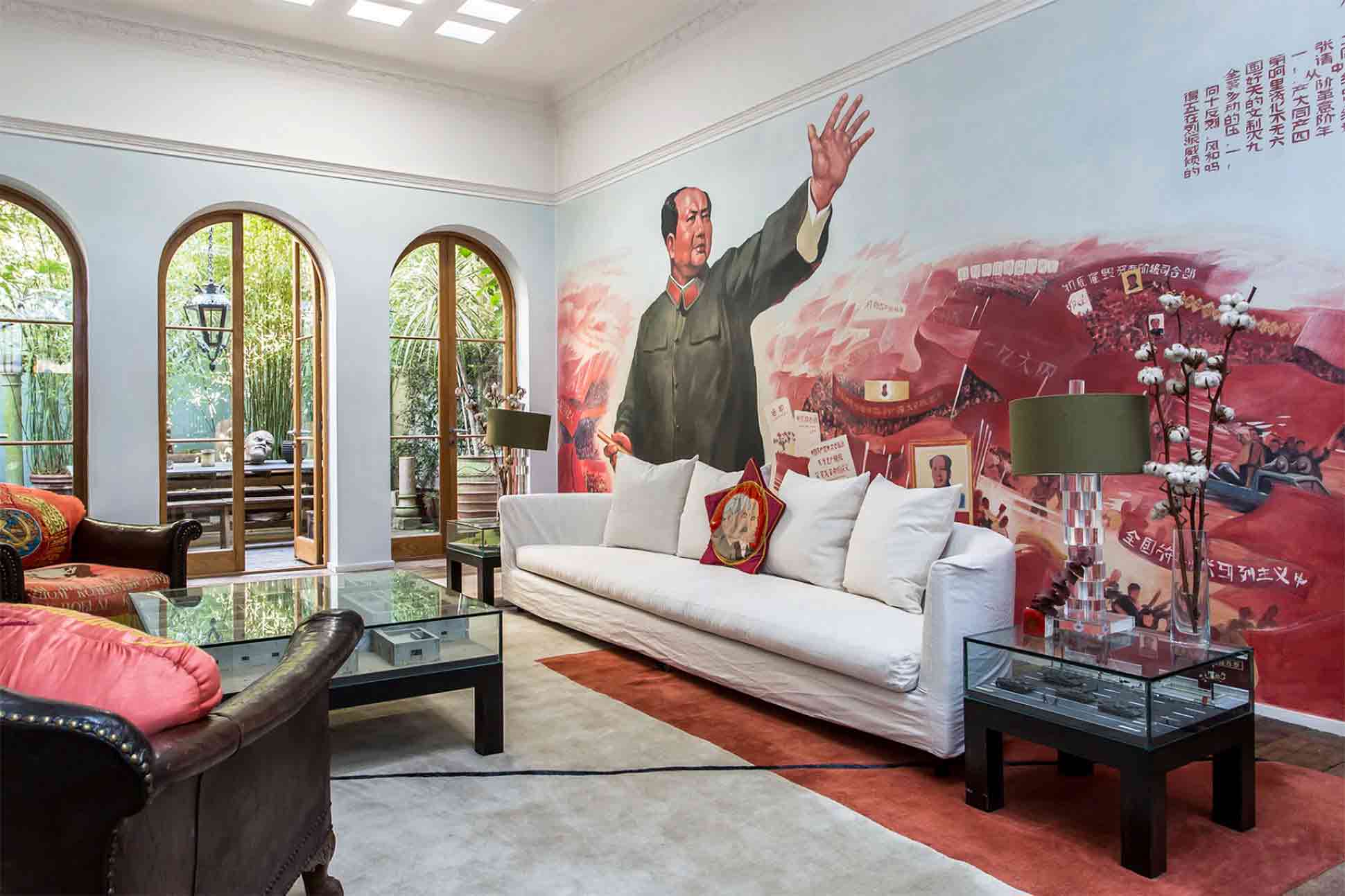 onefinestay:
The stay after tomorrow

Maybe it’s due to the increasing popularity of staycations, or perhaps we just couldn’t bear the idea of being away from the office for too long, but for once, we were grounded this week – though that’s not to say we didn’t make room for something truly fabulous. In fact, we treated ourselves to a stay across town with the help of the home rental platform of OutThere’s choice: and the property they suggested was like something straight out of a movie.

Tucked away in Brompton Square and within easy walking distance to both Harrods and the V&A, our six-storey mansion is exclusively available through onefinestay, who (taking time out of their busy schedule celebrating their ten-year anniversary) put us up with the London residence of none other than Hollywood director and LGBT+ activist Roland Emmerich. The team welcomed us to the Knightsbridge villa with a glass of champagne at the ready and offered a Hollywood-style tour of the property’s innumerable quirks – what, your shower doesn’t have a mural of Saddam Hussein in it?

Complimenting the many depictions of Hussein, Stalin, Lenin and Mao Zedong, Emmerich’s abode is a treasure trove of eclectic, cultural currents that make it perhaps the most eccentric home in all of London. Take, for instance, the genitalia-covered tapestries, curtains made from 150-year-old wedding dresses, a room covered entirely in chalkboards, a desk made from a WWII Dakota aircraft’s wings, a painting of a crucified Jesus in a ‘Choose Life’ t-shirt and a life-size wax figure of Pope John Paul II reading his own obituary in a cupboard under the stairs – we could go on, but you get the idea: most of the movie director’s art is provocative, and all of it is utterly unique.

Emmerich, who’s behind the most commercially successful doomsday films of all time, from Independence Day to The Day After Tomorrow, spends most of his time with his husband in LA, though when the pair reside in their UK home, they sure like things lush. Across its five bedrooms and six bathrooms (one of which is hidden behind a vault door), we’ve enjoyed amenities no less luxurious than those of a five-star hotel and museum-worthy fine art by the likes of Francis Bacon and Alison Jackson.

Although the home escapes classification in all its outlandish glory, we can confidently say this: if the world was to end sometime during your stay, you probably wouldn’t mind spending your last hours in this place. Though for all those times it doesn’t, waking up to the countless curiosities in Emmerich’s top-flight Knightsbridge mansion is nothing short of spectacular. We had one fine stay indeed.