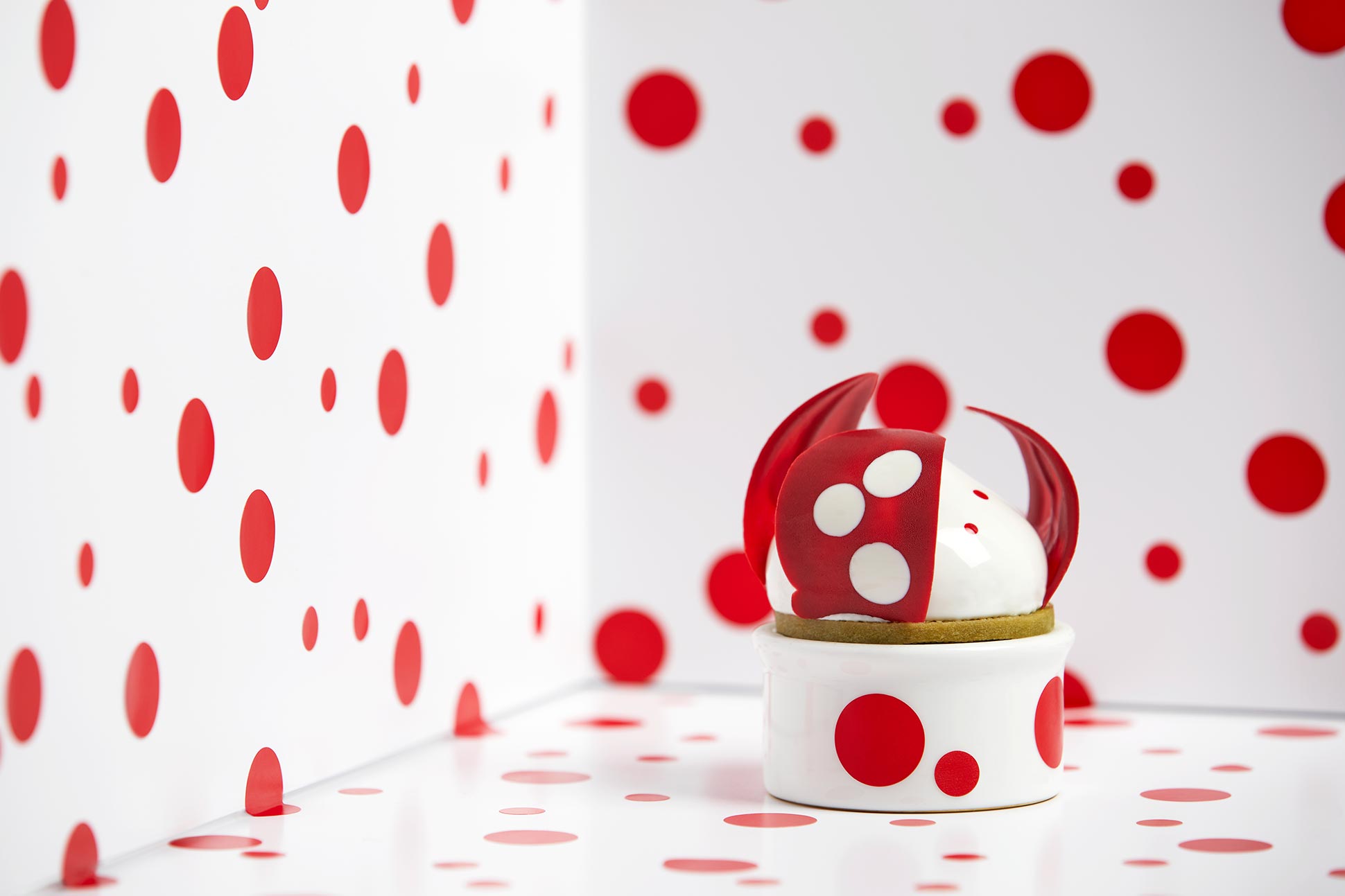 A while back, the Experientialist showcased a number of rather innovative and eyecatching London high-teas designed to woo brew-thirsty, sandwich- and scone-hungry travellers into some of the British capital’s luxury hotels. It seems that there’s no end to their creativi-‘tea’ (see what we did there?). Two hotels’ offerings, in particular, caught our eye… these London properties were each inspired by an exhibition running at a local cultural institution and have gone the distance to redefine the ‘art’ of afternoon tea with contemporary and literary twists.

Afternoon tea has for over a century been a popular English past-time; and London hotels have long been serving up and refining the art of afternoon tea. Today’s offering is evermore creative – Instagrammable, some might dare say – and hoteliers have wisened to the fact that they can create real cachet from this popular afternoon social event. Some go bold and quirky; others play on taste, tradition and patisserie prowess; and some try to do it all while creating a truly London sense of place. We like the idea of a tea that is very ‘London’ and we had the chance to preview a couple that are inspired by the city’s leading cultural institutions.

The Tate Modern’s exhibition of Yayoi Kusama: Infinity Mirror Rooms has kicked off and runs until Summer 2022. To celebrate, Rosewood London‘s own Mirror Room is serving up a new, arty afternoon tea experience this season: the Kusama Art Afternoon Tea at Rosewood London (a mouthful, but then that’s exactly what you’re hoping for, right?). The vision of Executive Chef Mark Perkins, the Rosewood presents a fusion of Japanese flavours and French pastry, capturing the eclectic and eccentric essence of Kusama and their work. For added Franco-Japanese flair, Veuve Clicquot’s Yayoi Kusama collaboration, La Grande Dame 2012 champagne will be poured; and Rosewood London will be the only hotel in town that you’ll find the bubbly served this summer.

What we love about this afternoon tea is the attention to detail with which the Rosewood is recreating some of Kusama’s most iconic works. If like us, you devoured the enigmatic Japanese artist’s autobiography, Infinity Net, you’ll know her practice is deeply rooted in the organic and essentially chaotic nature of the world, and Kusama’s attempt at organising and unifying aspects of everyday life into one big whole – the infinity net – by means of painting dots onto surfaces and creating shapes that seemingly correspond with another. Rather than merely creating something resembling Kusama’s creations, the Rosewood has rolled out a number of miniature versions of it, with colours and shapes being spot-on. The flavours might differ from the original artworks, but then again, we hear oil paint wouldn’t go with Early Grey, anyway.

Over in West London, the V&A has premiered an interactive and immersive experience entitled: Alice – curiouser and curiouser, a theatrical show that charts the evolution of Alice’s Adventures in Wonderland from manuscript to where it is today. And to match this adventure down the rabbit hole, the intimate, Anouska Hempel designed, hidden-gem-hotel that is The Franklin London is showcasing that it too has mastered the art of afternoon tea with Alice at The Franklin: a gastro-journey through Wonderland, that includes a pre-reserved ticket to the in-demand V&A show. Our ‘Drink me!’ tip is to add on some of The Franklin’s unique cocktails, for those who want to turn the affair into the Mad Hatter’s Tea Party. And should you want to carry on in Wonderland after you’re done grazing, you must check out (or rather, into) the penthouse.

If you ask us, The Franklin has captured the ever-so-slightly bedlam nature of Alice’s Adventures in Wonderland well by not being too literal. We adore the nudge to the iconic Queen of Hearts in the shape of crowned, heart-shaped cakes, and those pecan-topped card soldier cakes look like just the treat. Now we don’t know whether any of these will make you shrink or grow (in height, not width) the way Alice does when she tries the mushroom in the book, or whether they’ll induce any other type of wondrous activity, but we’ll happily report back after we’ve had our tea. As one character from the book famously proclaims: ‘Sometimes I’ve believed in as many as six impossible things before breakfast’ – or in this case, afternoon tea.

Photography courtesy of Rosewood London, by Patricia-Niven; and The Franklin London