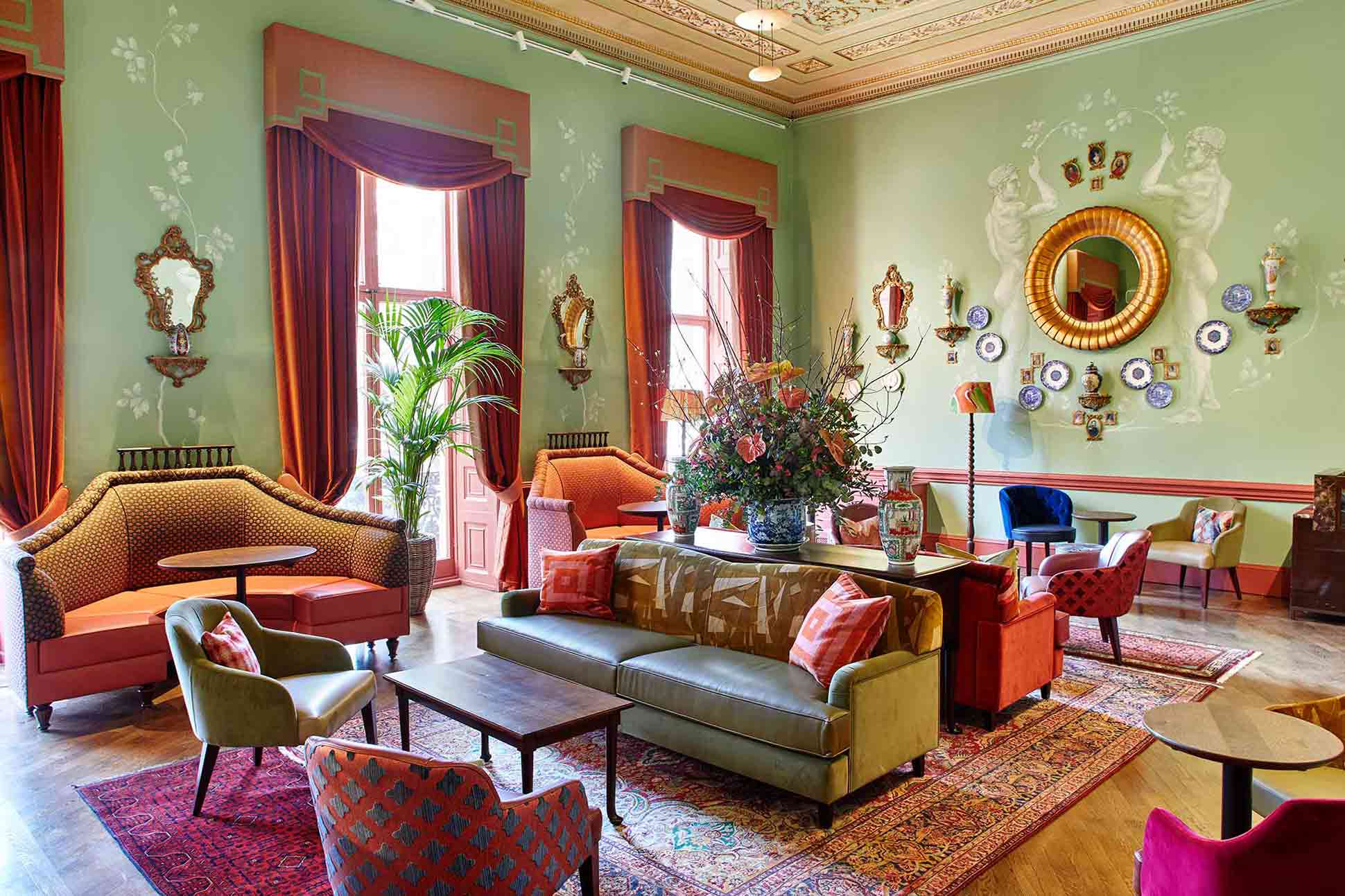 Home House has been a stalwart of the London members club scene for years, but look closer into its history and you’ll find that it has been a luxury playground for London’s rich and famous for centuries.

This enduring private members club and residence has withstood the test of time. The 18th-century building where Home House is situated – overlooking central London’s Portman Square – was designed by George III’s architect, James Wyatt, who was commissioned to build a hedonistic house of fun where British aristocrats could entertain and throw some memorable parties.

Wyatt created a truly mesmerising venue; its period features and hallowed halls are epic, and unadulterated Instagram-clickbait – especially the grand, sweeping double staircase at the heart of the house. It leads you up to rooms upon rooms of jawdropping spaces dedicated to fun and frolics: a whimsical salon bar, a parlour to take high tea, or a drawing-room where we sipped champagne, each complete with incredible, painted ceilings and gilded embellishments. It’s not all old-world though. There are contemporary spaces at Home House too, particularly in House 21, with its artsy approach that teeters beautifully between bling and bohemia.

There are also plenty of dining options at Home House, but in the summer sun, the best place to people-watch is the courtyard terrace. Here, we enjoyed cocktails and a bistro menu, mixing with Home House members who are encouraged to network heartily and socialise with each other – it is a club, after all. So, if you’re on a romantic date, or looking for a quiet evening, this is perhaps not the place for you. In such cases, we’d recommend The Restaurant as a better and far more elegant choice, offering up British Brasserie fare.

The spirit of conviviality continues in the property’s 23, unique and individual guest suites, each named after intriguing people from the house’s guestbook and accessed by a creaky, old-world elevator. Ours was named after Earl Grey (of tea fame; but did you know he was also a staunch abolitionist?). Yes, each suite comes with a potted history of its namesake.

Our suite was a characterful, grand, golden room decked in opulence and shades of ochre, gilt and pewter. Decidedly over-the-top, the decor is a masterclass in complementing pattern and textures, wallpaper and fabrics. We’d recommend that minimalists stay well away. But while the Home House suites are all designed to pay homage to 18th-century hedonism, it has taken into account the needs of the modern traveller as well.

Each individual space is equally enchanting, rich and sumptuous, so we’d recommend that you spend some time online to check them all out before deciding which you’d like to book your stay in.

Much consideration has been given to the fact that those who come to stay here enjoy a vibrant social life. There’s a large walk-in-wardrobe to hang your couture, a sprawling bathroom with large vanity mirrors for getting ready in, a living area with plump sofas that proved to be an irresistible invitation to slump into for a mid-afternoon disco nap, and a large, comfortable bed to dive into after the party finishes.

The crowning feature of our suite showed that Home House offers bed, bath and beyond. A rather quirky, hundred-year-old Armitage Shanks canopy bath system, was the centrepiece of a bathroom that was a feature in itself, complete with decorative embellishments and vintage light fittings. Some of the other suites also have notable bathrooms: we were shown one that featured beautiful, monochrome art deco panelling and friezes; and another that can only be described as a private roman spa folly, bedecked in copper-toned marble and Corinthian columns.

In case you were wondering, you don’t have to be a member to sleep over. The suites are open to everyone, allowing staycationers and out-of-towners alike to come and experience what it’s like to be a member for the weekend, no doubt with the intent of getting one hooked. Frankly, we were quite tempted.