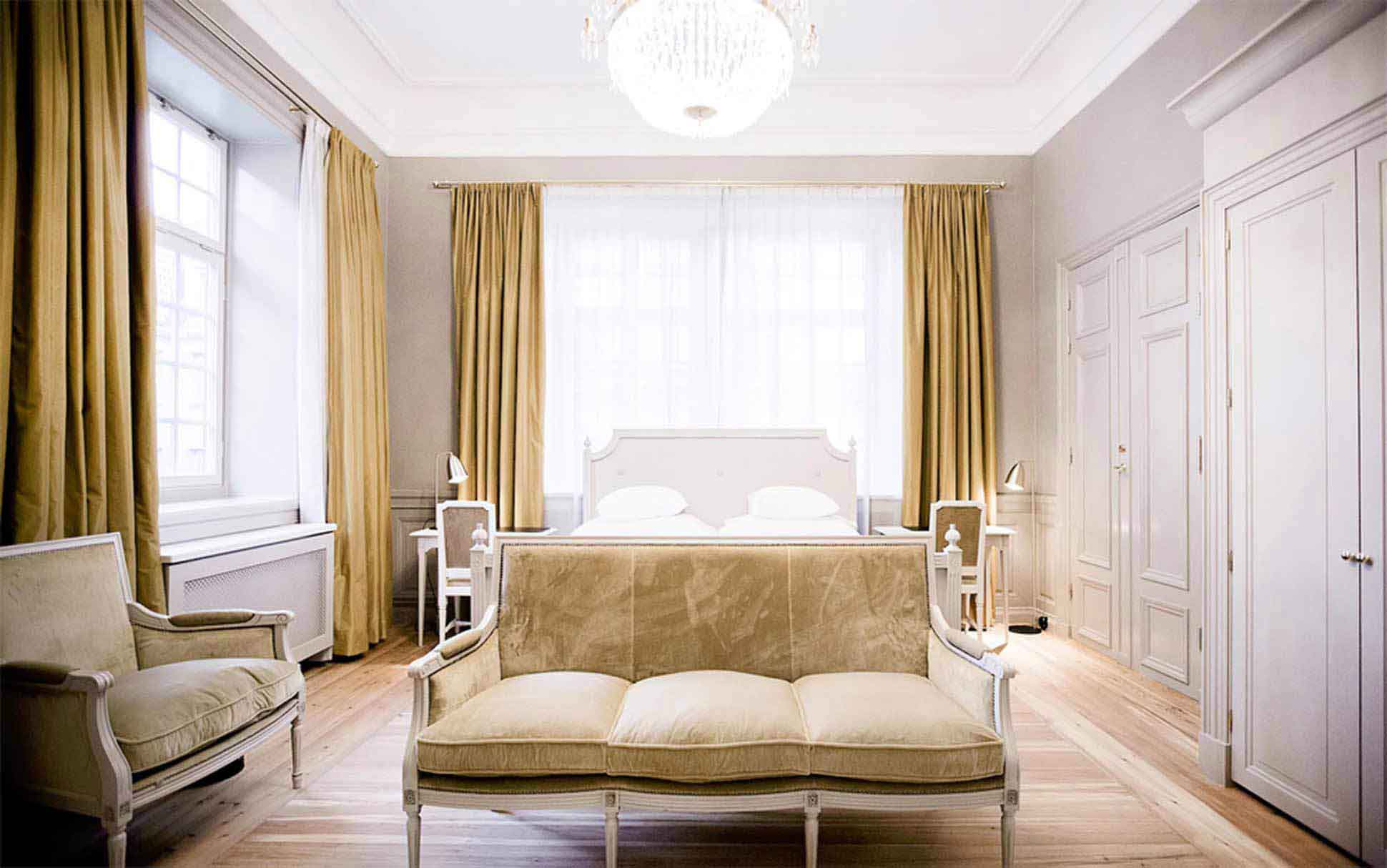 Like something out of a Gustavian dream, Hotel Kungsträdgården, Stockholm is a charming boutique property located in the city centre, in the area from which its name is derived – Kungsträdgården – literally translating to King’s Garden.

The building dates back to the 18th century and has many fabulous period features, including beautiful fireplaces, wood-panelled walls and one of the largest chandeliers in Europe. Originally built as a residence for a Countess, it was passed down Stockholm‘s aristocratic lines until the 1970s and has been lovingly renovated to its present glory.

As soon as we arrived at the Kings Garden Stockholm, we felt like we had stepped back in time, but of course with all contemporary comforts. The hotel’s impressive atrium, which was once the property’s front yard, has been given a new lease of life and now boasts a French brasserie.

Its 98 rooms are characterful, with nooks and crannies – some with a loft-like feel – and its reading room remains as it looked when it was originally built; some clever design means that it can be easily reconfigured to create a sprawling suite. If you’re a solo traveller, the hotels have single rooms, a Swedish standard for business travel – but holidaymakers may prefer a double room for one.

Beneath the hotel, we found an amazing subterranean gym, kitted out by Olympic athletes. As we weren’t on a health-kick, it’s not surprising that we quickly located the property’s impressive wine cellar.