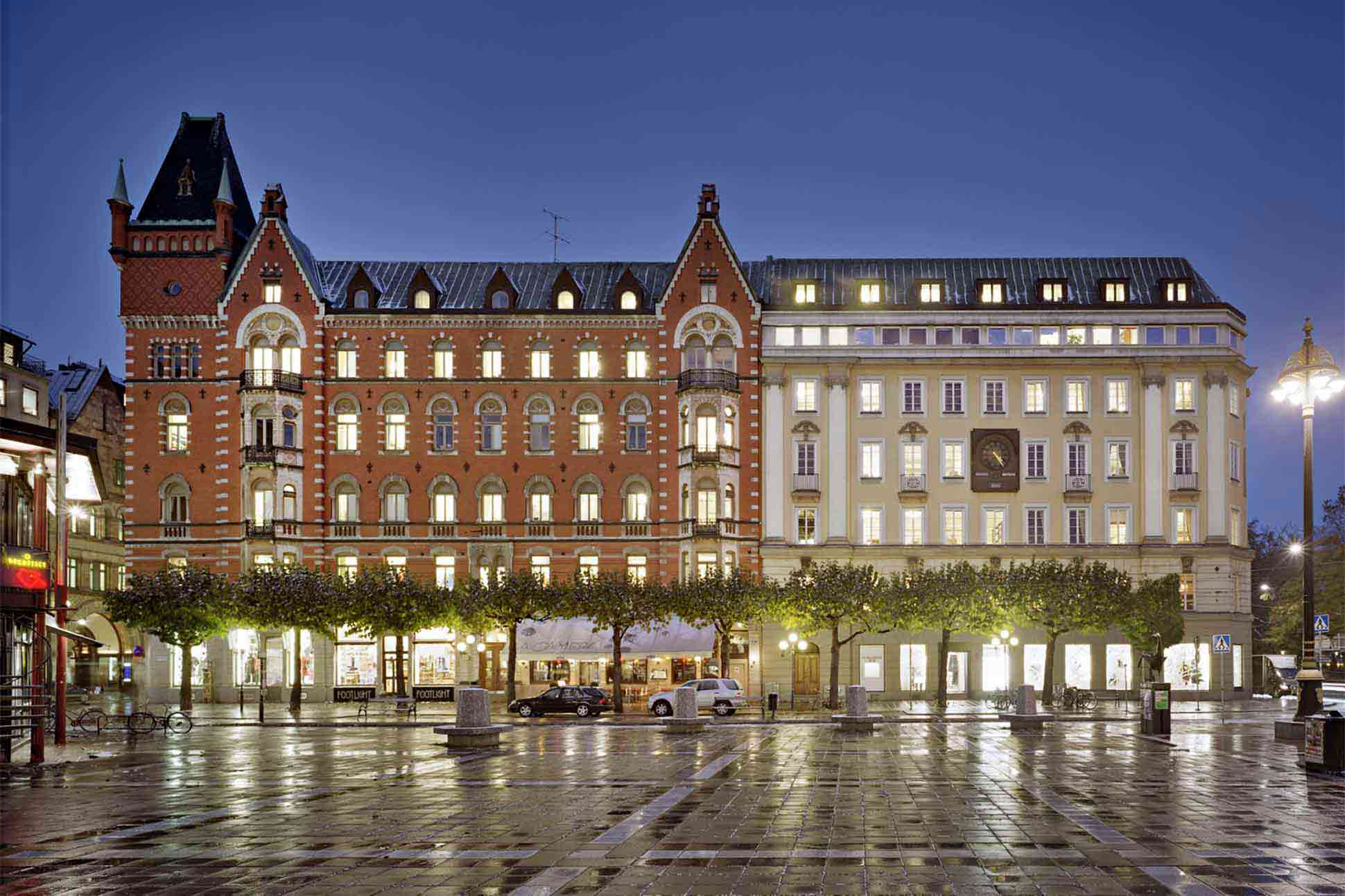 When it comes to Stockholm style and sophistication, the Nobis Stockholm has it all. It’s a fusion of old and new super-chic, where 19th-century heritage architecture meets contemporary design, courtesy of Scandinavia’s most talked-about architects and designers.

If you ask a local which hotel they would consider the most beautiful in all the Swedish capital, there’s a very high chance they’ll say the Nobis Stockholm. Firstly, because it’s in an iconic and historical building, bang-smack in the heart of the city, one that most people pass by daily. Secondly, because it’s synonymous with Stockholm style: you’ll find an ACNE Studios flagship store just below it and it neighbours the infamous luxury shopping street that is Biblioteksgatan. Then, (and this fact is a great one for trivia fans) the hotel is built on the site of the bank where a robbery in the 1970s coined the infamous phrase “Stockholm Syndrome.” So it’s pretty easy to understand why many think it is a hotel that is quintessentially Stockholm.

The Nobis Stockholm carefully fuses its old-world surroundings with world-class, contemporary design prowess. Every piece of furniture (and art) has been carefully considered and strategically placed (often to highlight original architectural features). But design enthusiasts will enjoy its fabulous spaces, from its designer lobby; to its chic Gold Bar (we can attest that they serve up some of the most imaginative cocktails in the city); to its underground dining room; to its expansive, light-filled atrium lounge. Architectural buffs, make sure to search out the property’s beautiful spiral staircase and the room that houses the mechanisms of the building’s clock!

The contemporary stylings continue into the hotel’s large-by-comparison 191 rooms and ten suites. Ours had super tall ceilings with windows that overlooked Berzelli Park and onwards to the water. White Carrara marble bathrooms complete the accommodation and toiletries from Swedish brand Byredo with its iconic black lids, adds a monochrome effect.

The service at the Nobis Stockholm is also impeccable… the concierge is the person in the know of all the goings-on in the city, but we found that the rest of the team were equally well-versed on the stylish low-down on what’s what and who’s who in Stockholm.