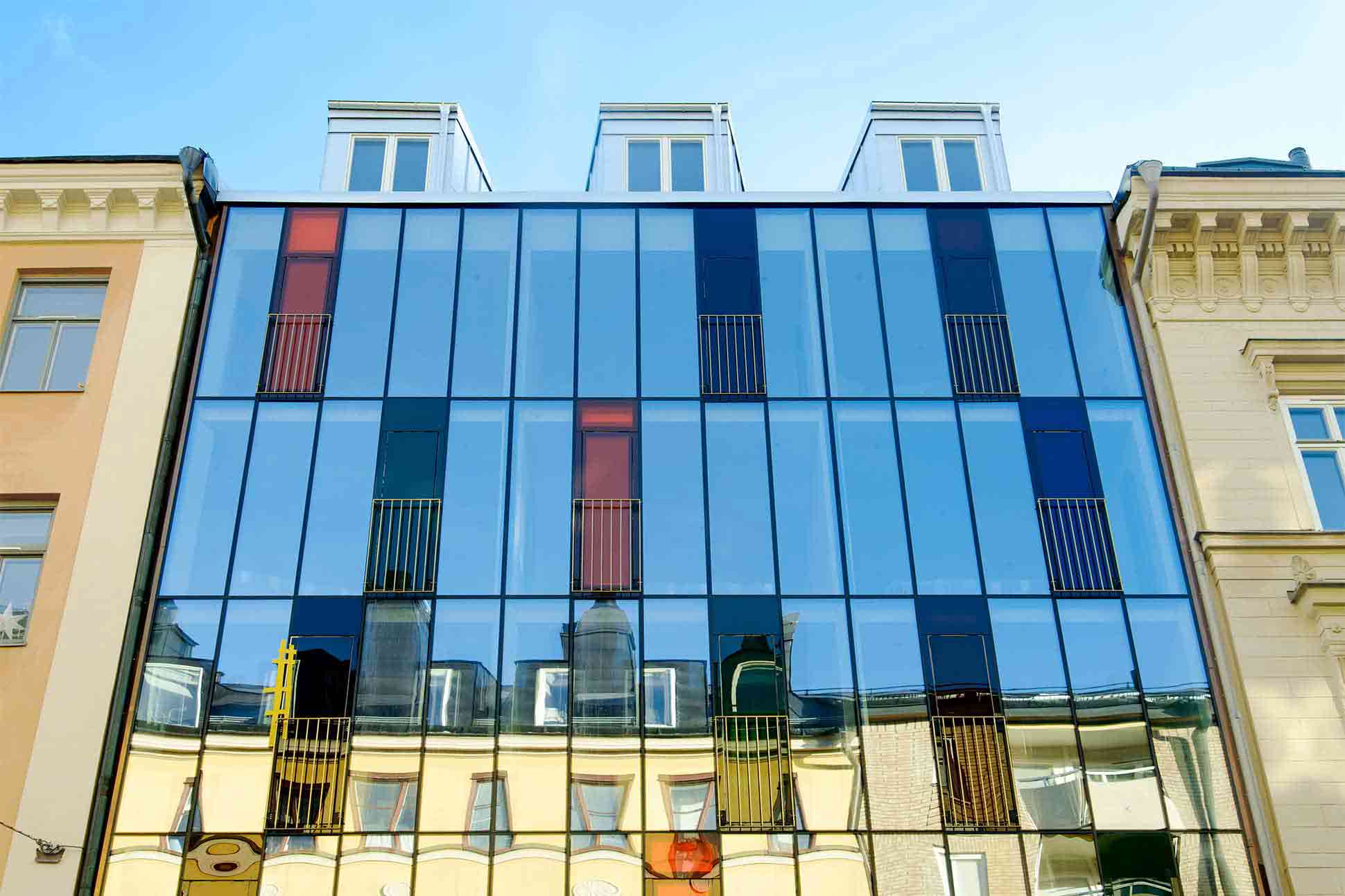 To simply call the location of this eclectic Stockholm hotel good would be an understatement like no other. Set in the beating heart of the Swedish capital’s hip Södermalm district, Hellsten Glashus doubles as a casual-cool entryway into Scandinavia’s most happening destination.

Once upon a time, before Stockholm’s young urbanites turned the island of Södermalm into a cluster of indie cafés decked out in succulents and locally made ceramics, the neighbourhood in the city’s south was a melting pot of industries. Among them was a metal foundry later transformed into a glaziery, a dance studio, a theatre and finally, into what’s now known as Hellsten Glashus – the area’s trendiest hotel and a meeting point for locals and visitors looking to experience the ‘new’ Stockholm.

The first thing we noticed upon checking into the Glashus was just how informal of an affair it is. Staff at reception was friendly, accommodating and perhaps even a bit chatty – we didn’t mind this at all; in fact, it made for a welcome change from the austere demeanour we sometimes encounter at other hotels, and frankly don’t tend to appreciate after a long flight. Behind its six-storeys tall and multi-coloured glass facade (hence the name), the boutique hotel surprises with all sorts of quirky details and decor, courtesy of its founder. Per Hellsten, who has filled his portfolio of hotels with countless artefacts collected over decades of travel to the world’s most exotic destinations, has an eye for the extraordinary – we gathered as much upon taking breakfast in the downstairs restaurant, surrounded by African ancestral masks, Turkish tea tables and a shabby-chic chandelier.

The eclectic theme extends to the hotel’s exclusive 44 rooms, too, though in a much more subdued way. Our lodgings, for instance, were informed by brightly-coloured walls accentuated with black-and-white photography, bits of exposed brick and one long wooden beam stretching all the way across the ceiling. Rooms tend to be a little on the smaller side, but we thought floor-to-ceiling windows and a French balcony to observe Södermalm’s hip crowd sipping on Oatly lattes (it’s a Swedish brand, after all) in the street below certainly made up for this. So did our marvellous bathroom covered in grey slate stones specially imported from the Greek island of Evia.

Speaking of stones, the Glashus boasts with a true rarity by any standard: the floor in its restaurant and bar area is a whopping 1,900,000,000 years old, meaning it really pays to take a seat (though, we might add, not on the floor itself) and look down while you dig into fried avocado and pickled fennel or order a brännvin, a Swedish speciality, from the bar. If you’re visiting during the summer, you might even get to experience the Glashus open its facade to invite a fresh breeze and Södermalm locals into the space – the latter tend to arrive in droves when the hotel’s live music venue WY13 hosts the latest music artist everyone’s talking about.

We won’t pretend the Glashus is Stockholm’s grandest or most luxurious address, but if you’re looking to base yourself somewhere cool, casual and full of soul, this design-heavy bolthole near Mariatorget station should be at the top of your list. And for those wanting to explore beyond Södermalm; many of Stockholm’s top tourist draws are a leisurely walk away – it’s the best of both worlds.