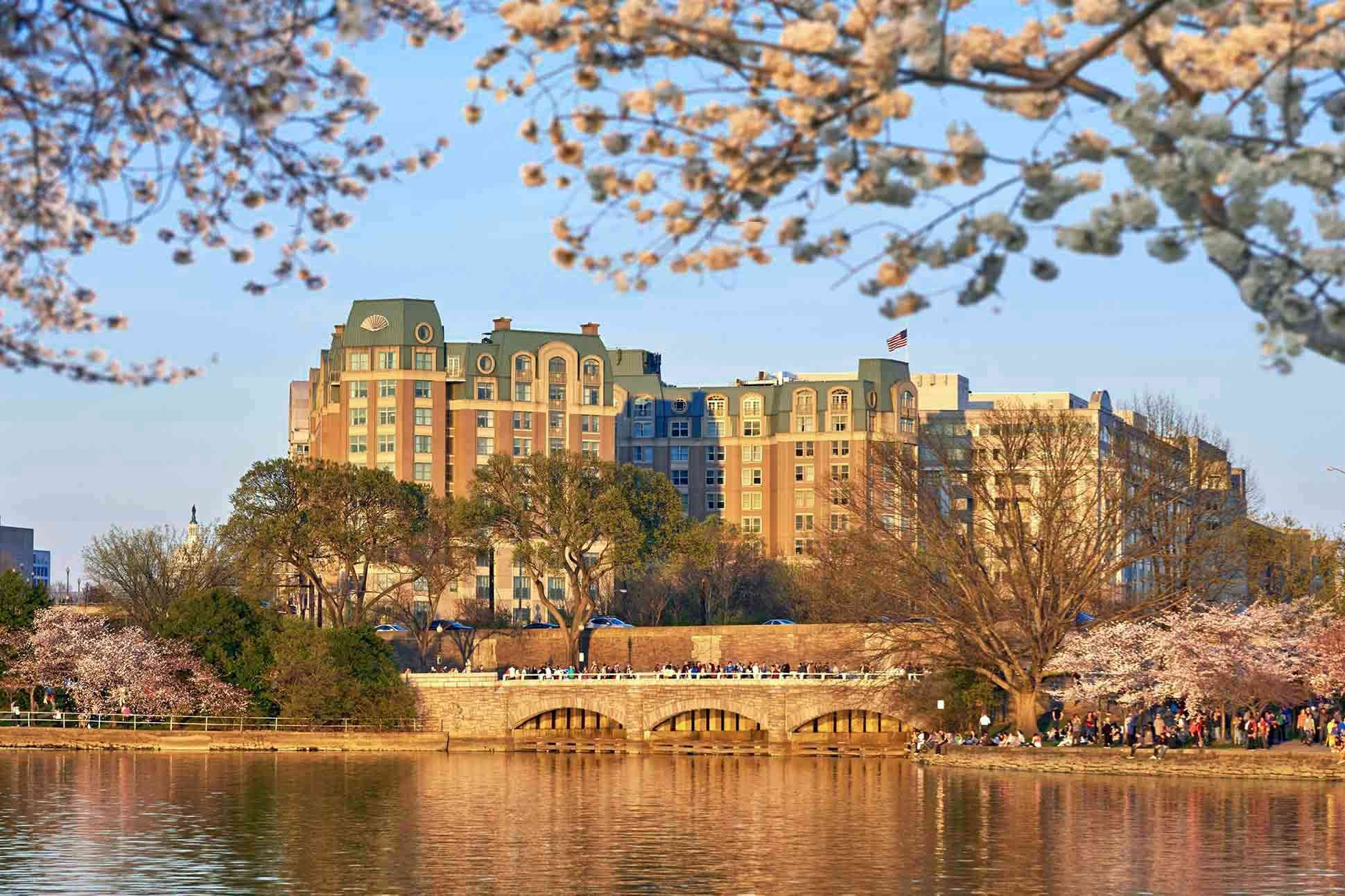 It’s sometimes hard to achieve a sense of place in a very well known city, particularly if you are a hotel that is part of a global family with an Asian sensibility. But the Mandarin Oriental Washington D.C. goes the distance to do so, in the American capital, one of the USA’s most iconic cities.

From the top-floor Executive Club of this opulent Washington D.C. property, we marvelled at the stupendous view. The Mandarin Oriental Washington D.C. is, after all, perfectly nestled between the Potomac river and the National Mall. This means that the District of Columbia’s illustrious list of grand museums and must-see sights are just a mere wander away – including the Thomas Jefferson Memorial, National Monument, Lincoln Memorial and the Smithsonian(s), including the consequential National Museum of African-American History and Culture, housed in a glitzy, gold contemporary building.

The Mandarin Oriental Washington D.C. really positioned us right in the nation’s capital, all while offering a hard-to-rival level of service and attention to detail that the luxury brand has become known for. There were, however, moments when we felt the front-of-house team were a little over-drilled; military precision can de-personalise an experience sometimes. Perhaps this is expected by those on business or those who are part of the ‘corridors of power’. But as our only gripe is “too-good” a service, you can rest assured knowing that you will be well looked after, when you choose to visit. However, in total contrast, the team and service at the hotel’s sublime spa ensured that we vacationers really relaxed after a long day’s sightseeing – spread over 10,000 square feet, it is the city’s ultimate shrine to tranquillity and serenity. For even more escapist time, try the hotel’s sophisticated afternoon tea, in the Empress Lounge.

It is a large hotel with 373-rooms. Ours overlooked the Jefferson Memorial and had been recently reappointed – softened, in fact – to represent a change in the hotel’s approach, part of an effort to welcome more leisure guests. With Washington D.C. growing hugely in infamy as a tourist destination and the waterfront just outside the hotel redeveloping into a major entertainment hub, this seems like a good move.

For example, work desks had been replaced by small, multi-purpose mahogany tables; bathrooms were contemporised to feel more like mini-spas, with softer lighting; and the Asian touches were embellished (just in case you forgot that you were in a Mandarin Oriental) in the furnishings and artwork, as well as splashes of colour (but not too much) added. They say it’s all about the Feng Shui (the whole of the Mandarin Oriental Washington D.C. was allegedly built in line with Chinese geomantic principals), but whatever they did, it definitely worked to create an upscale, but relaxing atmosphere of serenity away from ‘corporate America.’

The communal areas – particularly the lobby – is much more opulent and characteristically Asian, with agrand domed ceiling and imposing Asian art collection.