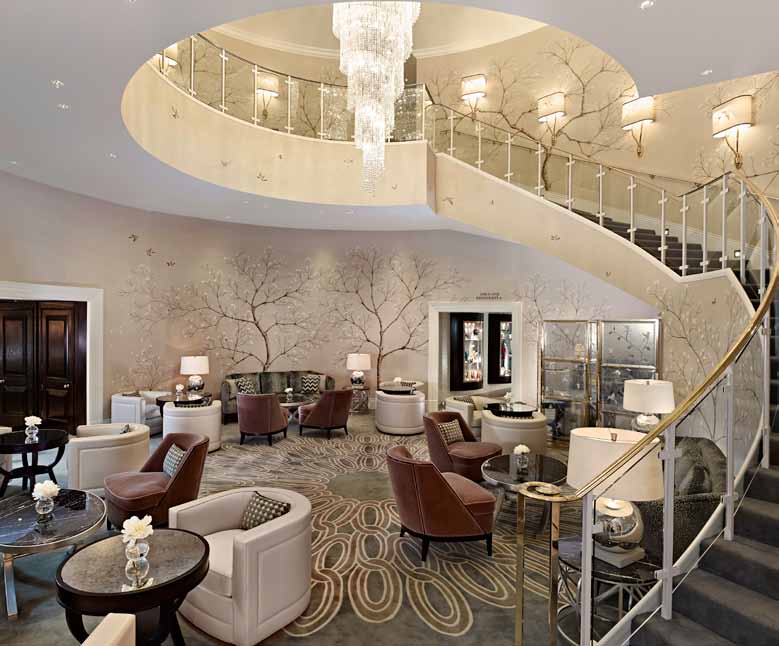 In our minds, the Park Tower was always a mid-level Sheraton. But after a recent upgrade, both physically and also in brand, to a Starwood Luxury Collection hotel, we decided to revisit. Right in the heart of swish Knightsbridge, with the shopping temptations of Harvey Nics, Harrods and Sloane Street just a wander and a credit card away, the Park Tower Knightsbridge encapsulates the spirit of one of London’s most alluring districts. Its 280 rooms and suites command jawdropping 360 degree views of the city and Hyde Park, one of the few hotels not on Park Lane to have this view, thanks to its otherwise low-rise surroundings. We partook in the hotel’s programme ‘Artisans of Knightsbridge’ and discovered their local partners, among them a chocolate maker, a perfumier and a candle-stick maker. The hotel has a somewhat modern feel, mainly because of its architecture and interior design, but don’t let that fool you – traditional British hoteling and hospitality is the flavour indoors – with champagne high-tea for those not tempted by nearby options, and seafood restaurant One-O-One by Chef Pascal Proyart, recently named the third best restaurant in London.