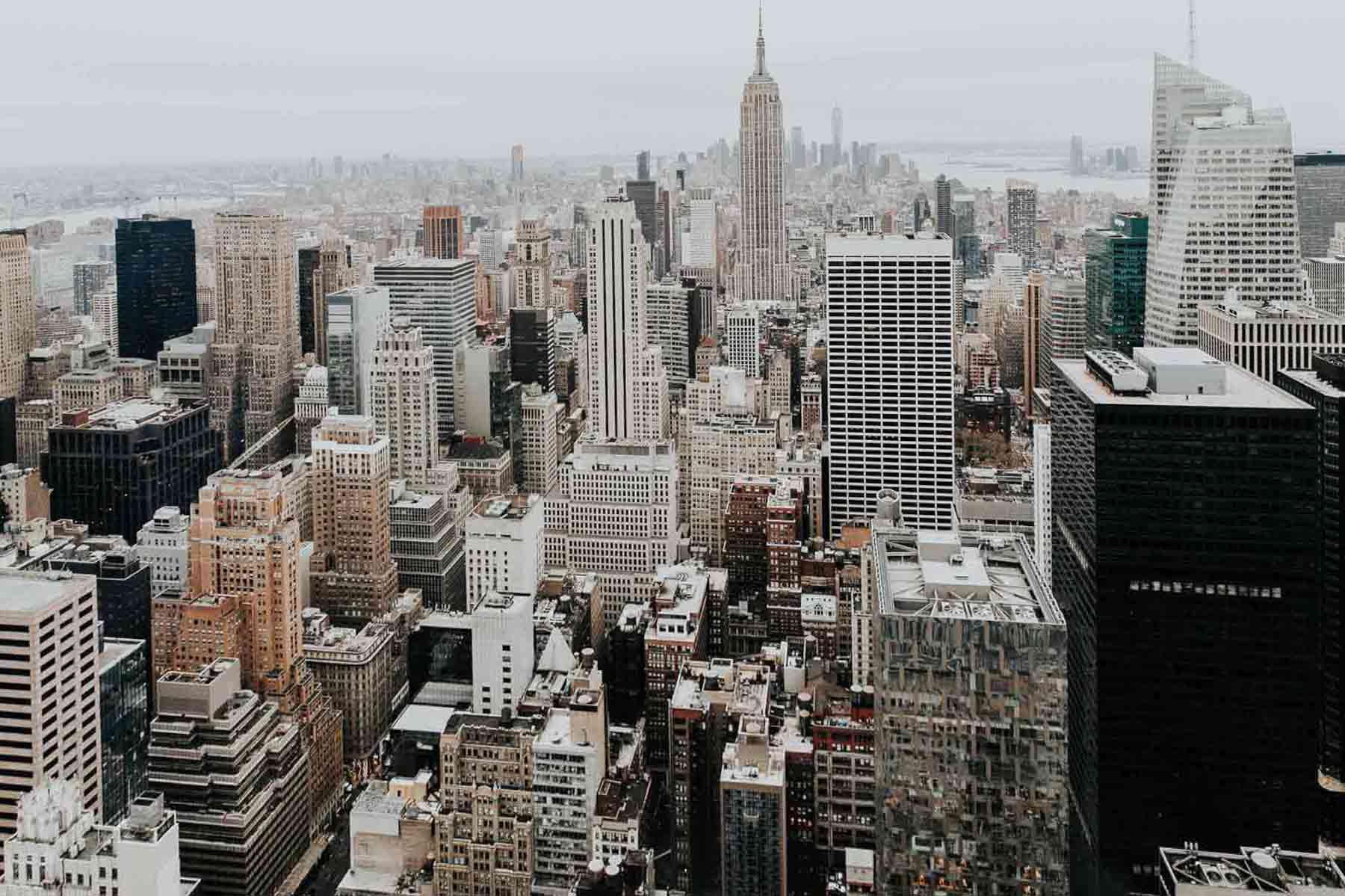 We seem to have developed a habit of being in New York City at monumental moments, or perhaps that’s just how it feels for every visitor, each time? It’s impossible to tell. But we do know that this is where some of OutThere’s life benchmarks have taken place, where we’ve met some of the key people in our world. It’s where our Creative Director and co-Founder, Martin Perry’s husband is from, and where they celebrated their marriage. It’s where we first launched OutThere, where we witnessed our first somewhat apocalyptic event – hurricane Sandy. And then the second – the election of Donald Trump. After which we witnessed a tangible dip in the optimism of this most can-do of cities. Martin reports, live from the greatest city in the world, on a new dawn – NYC post-Trump.

It’s been a year since I was here in NYC. The world is now a different place, changed by the impact of the pandemic and knock-on effects on travel and tourism. And New York City is different too, but no stranger to adversity, of course, and the irrepressible spirit of the city knows no bounds. The most notable difference in the New York of today compared to my last visit is that just about everyone you see in the street and on the subway is wearing a mask. Even the ubiquitous and forever enterprising tourist shops have turned over much their shop space to a wide variety of printed, cloth face coverings.

The city’s restaurants and bars have also adapted to the pandemic by creating outside seating on many of its streets, giving the United States’ most European-vibe city a similar vibe to that of Madrid, Paris or Rome. With the large reduction in numbers of foreign visitors, there are certainly much fewer people around. That was until Saturday 7th November.

After three tense days of waiting, the Associated Press called the 2020 Presidential election result, proclaiming Joe Biden as the next President of the United States and resident of the White House. The sound of car horns and cheering filtered through the window of our apartment. And as I donned my mask and ventured out, the streets began to fill with more and more people, some dancing and waving anti-Trump banners. The scene was echoed and amplified across New York City’s five boroughs (perhaps with the exception of parts the two on Republican-voting Long Island). This is NYC post-Trump.

But here, the atmosphere is charged with electricity. As night began to descend upon the city, sound systems had made their way out into the streets of Brooklyn, block parties began to form and mask-wearing revellers got – a little too close for my personal comfort – together to dance and cheer well into the night. Today, the dark cloud of the Trump presidency which has hung heavy over all my New York friends was lifted. It sinks in that NYC post-Trump, has a reason to celebrate. And despite the continuing challenge of COVID-19, the city has its optimism restored.

There is no greater city on earth that knows how to harness positivity. I’m so glad to be back and can’t wait for the day the city gets back on track and manages the virus effectively so that everything I love about NYC is back up and running. But for now, the city is slowly reopening with responsible measures in place and optimism is brimming. I’d admit that selfishly, there are times where I think it’s nice to have NYC to myself. But I know that’s unsustainable, and frankly, it will be to the detriment to its culture and DNA – which is what makes me love NYC so much.