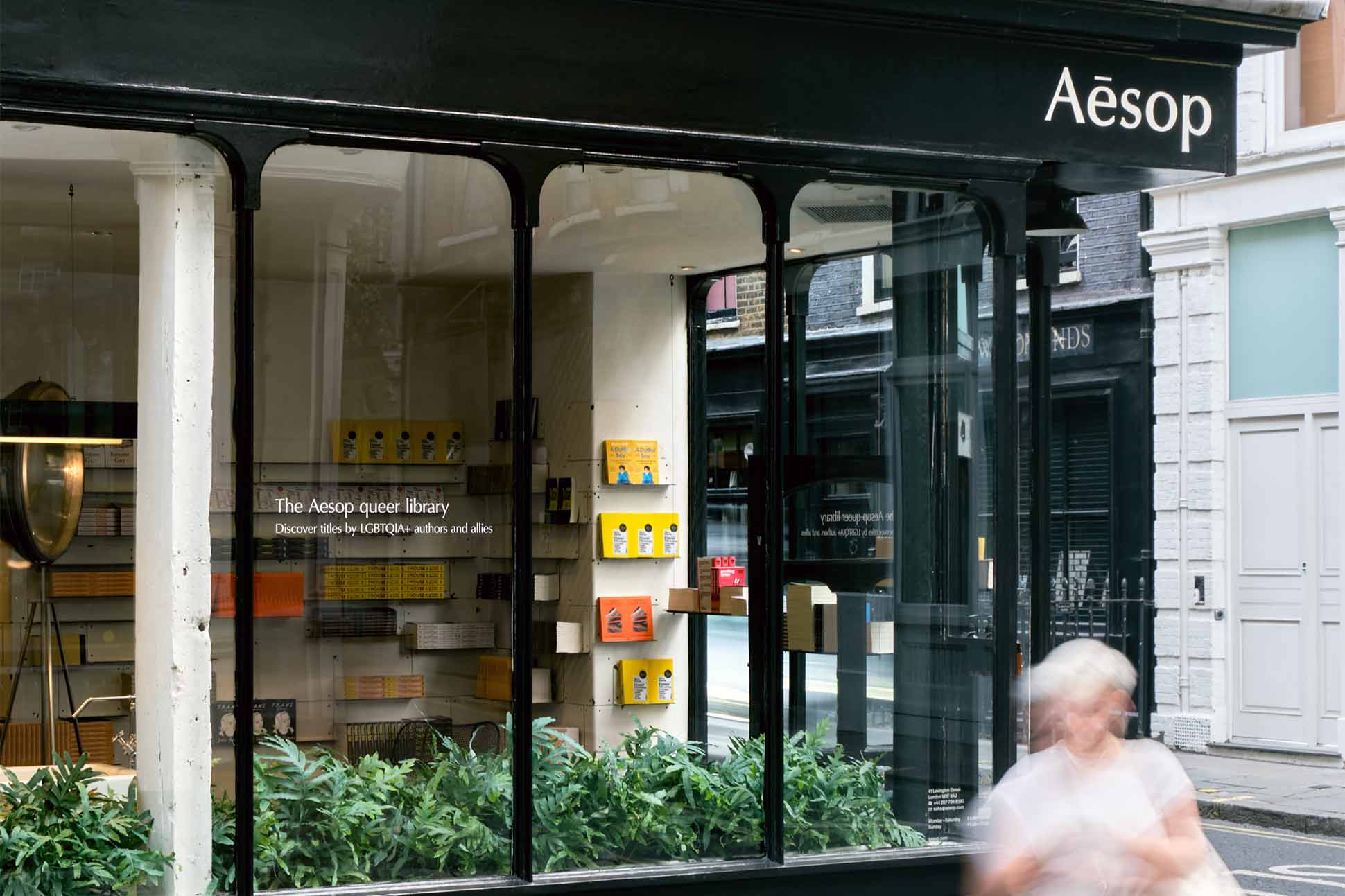 London’s Pride Parade is cancelled for the second year in a row due to COVID, but that doesn’t mean companies aren’t choosing to celebrate. While walking around the streets of London you see no shortage of Pride logos on storefronts. However, skincare brand Aesop is redefining what it means to be an ally.

Instead of the usual rainbow flags and tees with ‘PRIDE’ scribbled across it in every store, Aesop (who we rely on on our travels!) takes on the true definition of allyship. Replacing all their products on the shelves with literary works from queer, trans, and BIPOC authors in two of its London-based stores to create Queer libraries.

Aesop is amplifying voices of the queer community by making their work accessible and offering each visitor a complimentary book of their choosing, regardless of purchase. They have partnered with K Bailey Obazee, the founder of PRIM, a platform for storytelling of the queer and BIPOC community to host intimate literary events in participating stores.

Writer, stylist, and cultural commentator, Ayishat Akanbi, kicks off the event with a cultural conversation on growing up queer, race, and the journey of writing their upcoming book, “The Awokening.”

You can head over to Aesop’s Soho and Borough stores from now until 12 September to check out their queer library.

Photography courtesy of Aesop and words by Kai Rodriguez