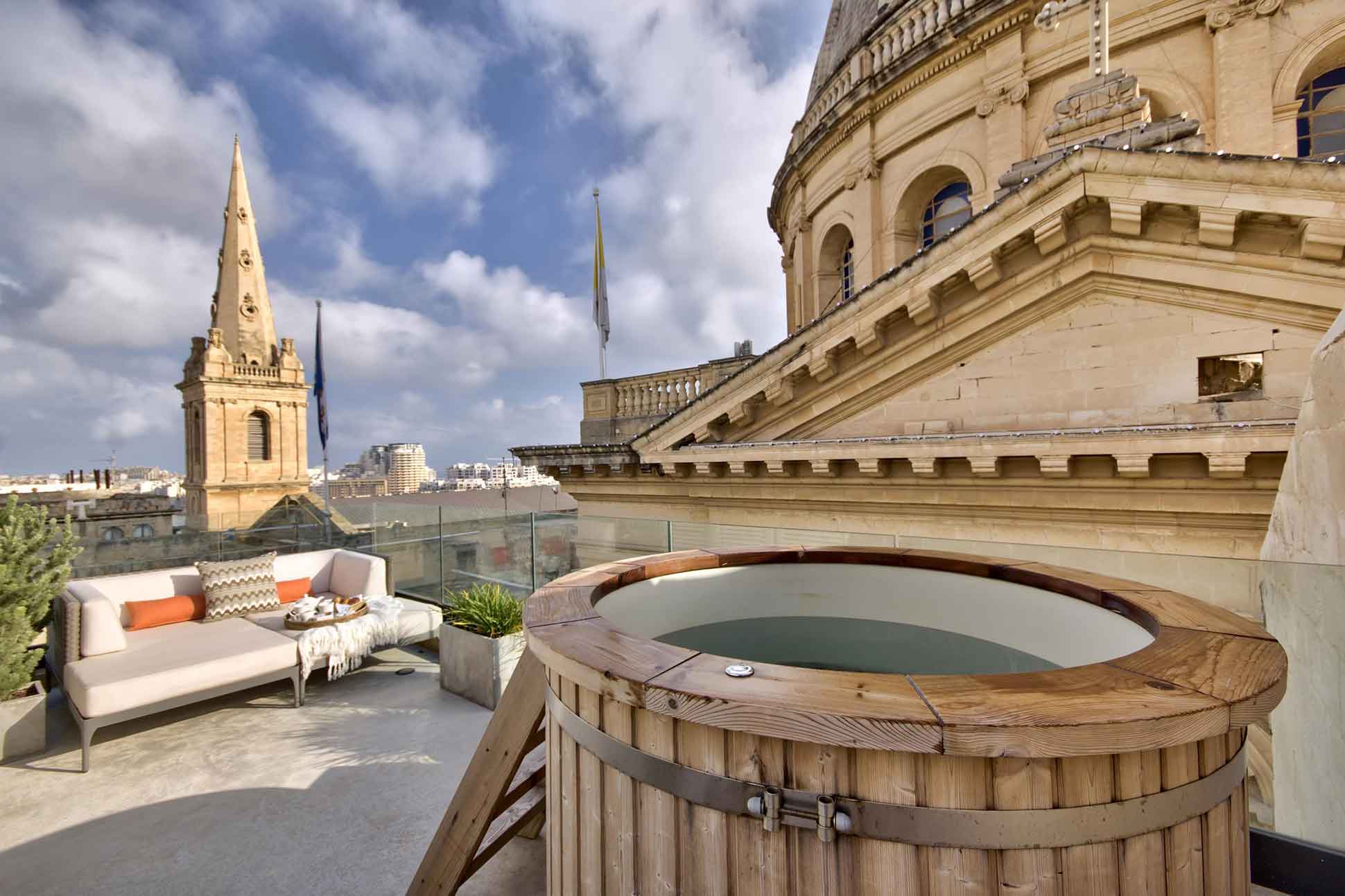 When Casa Ellul first opened in an old 19th century Valletta ‘palace’ in 2014, it became known as Malta’s first-ever boutique design hotel. This family-owned, independent place continues to lead the pack years on, and from our stay here, it’s not hard to understand why.

With just nine, individual suites, it’s sometimes hard to get a reservation at the charming Casa Ellul. After all, it is one of the most talked-about small hotels on the island. In fact, it’s part of the Small Luxury Hotels of the World portfolio, the only one in all of Malta.

We found Casa Ellul in an old 1800s palace, behind a secret door, in a tight, cobbled old street in Valletta. The two brothers who dreamt up the concept for Casa Ellul clearly had an idea to create a private home away from home, but with a keen eye for timeless, luxury design and also a vision to go all out to create a small hotel bursting in character, likeability and talk-ability.

Each designer suite is styled like an apartment, but each also offers a different and high-spec design theme. The first three floors of the hotel showcase the building’s original architecture and period features. Ours (number 3) had a bathtub that extended into an old gallerija (indoor balcony), a cleverly hidden WC and a shower (behind a floor-to-ceiling mural of that quintessential Valletta view) and a separate, mid-century-modern, tastefully furnished living room.

We just adored the beautiful, original monochrome floor tiles in our suite, which brought a real sense of place to the otherwise modern space. And if that wasn’t quite enough, our bay windows pretty much opened up into a neighbouring church, which meant some ethereal chanting and bellringing came as a bonus amenity – the soundtrack to our stay.

The top floor suites of Casa Ellul are more contemporary and the most sought after hideaways in the hotel, designed with luxurious Italian furnishing and offering up stunning rooftop views, including an up-close and personal one of the gorgeous dome of neoclassical St. Paul’s Cathedral next door – as well as the Grand Harbour – from its private patios. Guests of these suites are thoroughly invited to soak in the view, as these two top-tiered rooms come with outdoor jacuzzis. Bag one of these rooms and we’d guarantee that you’ll be hard pushed to leave. They’re utterly romantic.

The small team here are also brilliant, attentive and went well out of their way to help make our stay fabulous. Meals (and gin and tonics) are served in the rather social ground floor restaurant.